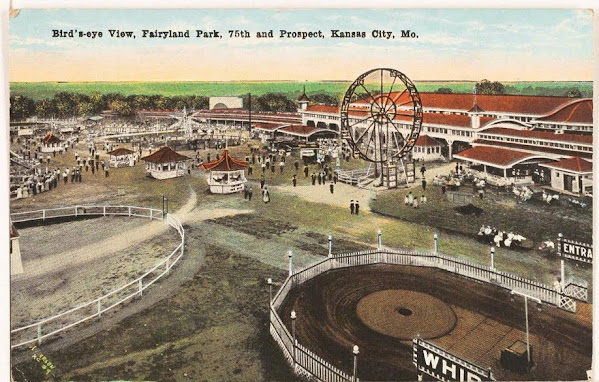 The newspaper spends THOUSANDS OF WORDS on local history at the outset of election season.

The main point of their nostalgia . . .

"The legacy of Fairyland Park, perhaps Kansas City’s biggest memory-maker of the mid-20th century. Ninety-nine years after the amusement park opened and 45 years after it closed, it still conjures up an array of recollections."

It's a fine read with a lot of great detail and pix that ALMOST NOBODY is going to pay for . . .

No, the roller coaster at Fairyland Park never jumped the rails and landed in the park's giant swimming pool. And that passenger who supposedly flew out of the coaster and splashed down below? Never happened.