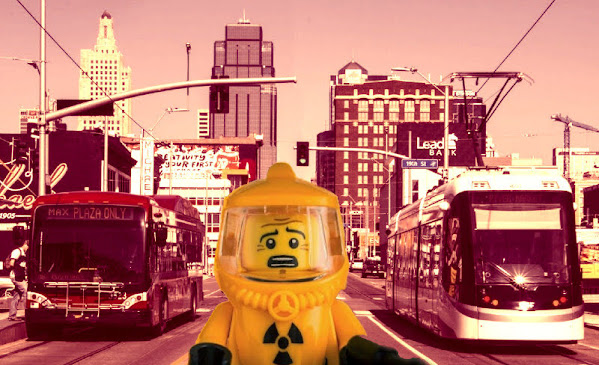 Amateur urban planners and the "urbanist" set love the idea of free transit from the comfort of their luxury SUVs.

Meanwhile . . . The reality has been more sketchy.

Repeated reports of violence at bus stops and increased homeless vagrancy are dutifully ignored in service of hyping the pro-transit narrative.

Here's a money line that betrays a not so fun fact . . . Free transit often serves as de facto housing for homeless . . . Trust the science . . .

Besides the increased mobility and financial benefits, nearly 80% of the residents surveyed also said Zero Fare increased their sense of safety on the bus. That points to one of the more counterintuitive benefits of eliminating fares: The buses became safer to ride.

“Some operators would beg to differ with us, and some operators feel like it doesn’t seem right that people are riding longer than they would if they actually had a destination,” says Cindy Butler, interim vice president for marketing and communications at the Kansas City Area Transportation Authority (KCATA). “But statistics show that actual incidents where supervisors have to be called [to quell a disturbance on a bus] have actually gone down.” Many of those incidents concerned passengers who either could not afford to or refused to pay fares.

It's been three years since Kansas City voted to make its public transit free. Can it keep going? Kansas City, Missouri, made national headlines in the fall of 2019 when its city council voted unanimously to become America's first large city to make public transportation free citywide.