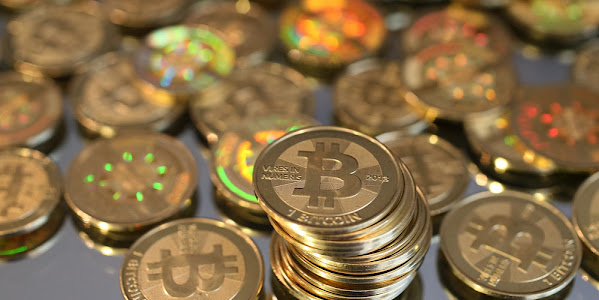 As Bitcoin attempts regain devastating losses . . . We take a peek a more fundamental questions about the intrinsic value of currency which now plague the dollar and our monetary system.

This stuff is complicated but here are the basics which feature lawmakers flirting with increased volatility in order to power the money in your pocket.

"Part of a sweeping proposal to regulate the crypto industry that Sens. Cynthia M. Lummis (R-Wyo.) and Kirsten Gillibrand (D-N.Y.) introduced in June — would force the Federal Reserve to grant so-called master accounts to certain crypto firms seeking them from the central bank. The accounts give holders access to the Fed’s payment system, allowing them to settle transactions for clients without involving a separate bank."

"Two Wyoming-based crypto firms championed by Lummis stand to benefit. Both companies, Custodia Bank and Kraken Financial, have been stymied over the last two years in bids to gain Fed master accounts. But financial regulators and experts say the measure’s impact would cascade through the industry and beyond."

More deets from another source about the legislation confronting a local institution . . .

"Should Custodia win its suit or otherwise be granted a master account, it would be the first bitcoin bank to gain one. As Central Banks around the world seek to merge the best innovation that bitcoin and other blockchain-powered currencies offer, with the best of central management, the lawsuit–and the Fed’s reaction to it–could help define the very future of banking."

Placeholder while article actions load A wave of notoriously risky cryptocurrency firms could one day be integrated into the traditional banking system under a little-noticed provision in a new bill that is raising alarms among financial experts about potentially destabilizing consequences. The provision - part of a sweeping proposal to regulate the crypto industry that Sens.