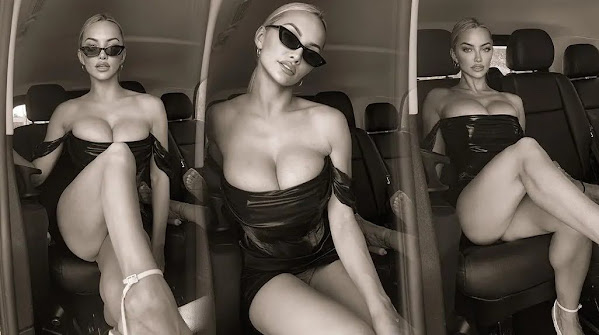 KANSAS CITY, Mo. (KCTV) - The Kansas City, Missouri election office conducts a public test of voting equipment about a week before every election. They say this year's is more important than ever. "This is the first time we've had this many people show up," KCMO'S democratic director of elections, Lauri Ealom, said.

The Kansas City, Missouri, Police Department said a pedestrian was seriously hurt after being hit by a truck Tuesday along 350 Highway/Blue Parkway.Officials said the pedestrian was walking along the left side of Blue Parkway near the Crown Lodge when they were hit by a brown Ford F-350 driving westbound.The driver told officers they did not see the person walking on the road until it was too late.The left-front side of the truck hit the pedestrian, throwing the pedestrian into the grassy median.That individual was rushed to an area hospital with critical injuries.This incident remains under investigation.

KANSAS CITY, Mo. - Firefighters made quick work of an early morning apartment fire on the cities southeast side. Crews were called to 6929 E. 93rd St. in Kansas City, Missouri, shortly after 3:00 a.m. Tuesday. Smoke and fire was reported showing from a two-story apartment building.

JEFFERSON CITY - Three candidates have emerged as front-runners in a crowded field vying for the Democratic nomination to replace the retiring Republican Roy Blunt in the narrowly held U.S. Senate. Heading into the final week of the campaign, Trudy Busch Valentine, Lucas Kunce and Spencer Toder are making their last minute bids to turn a red seat blue.

KANSAS CITY, Kan. - NASCAR and Kansas Speedway announce a special tribute honoring veterans and those who died in the Sept. 11th attacks. Country music star Craig Morgan will play a pre-race concert at Kansas Speedway. The concert will take place before the Hollywood Casino 400 presented by Barstool Sportsbook at Kansas Speedway.

Lindsey Pelas, 31, receives a lot of love from her 8.6 million Instagram followers - but she also receives constant harassment for her sexy shots. The blond bombshell said she's heard sexist comments about her good looks, both in person and online, since she was young.

Earlier this month, FiveThirtyEight editor-in-chief Nate Silver noted an interesting disconnect between two pieces of information most commonly used to predict the upcoming midterms: the president's approval rating and polls of the generic congressional ballot (which ask Americans whether they plan to vote for the Republican or the Democratic candidate this fall).

Former President Donald Trump returns to Washington on Tuesday for the first time since leaving office in the shadow of the Capitol insurrection to deliver remarks to ultra-conservative allies at the America First Agenda Summit.

EXPLAINER: Why is a Pelosi visit to Taiwan causing tension?

BEIJING (AP) - China is warning it will respond forcefully if U.S. House Speaker Nancy Pelosi proceeds with a visit to Taiwan, the self-governing island democracy it claims as its own territory. Pelosi is second in line to the presidency and would be the highest ranking U.S.

More than 40% of parents of young kids say they will not get their child a Covid-19 vaccine, survey finds

New survey results published Tuesday by the Kaiser Family Foundation indicate that 43% of parents of children under 5 in the US say they will not get their child vaccinated against Covid-19, the highest percentage in the year that KFF's Vaccine Monitor survey has been asking the question.

Long covid symptoms may include hair loss and ejaculation difficulties

EU agrees to cut gas use over Russia supply fears

Gazprom has cut gas supplies altogether to Bulgaria, Denmark, Finland, the Netherlands and Poland over their refusal to comply with a Kremlin order to pay their bills in roubles, instead of euros or dollars.


Space Out Amid World War Z

Sign up for CNN's Wonder Theory science newsletter. Explore the universe with news on fascinating discoveries, scientific advancements and more. Russia says it is planning to pull out of the International Space Station and end its decades-long partnership with NASA at the orbiting outpost, according to the newly appointed head of Russia's space agency.

It's a sad day for people who enjoy eating ice cream in taco form. Klondike has discounted its iconic Choco Taco - a waffle cone shaped like a tortilla, filled with vanilla ice cream and topped with various chocolate goodies and nuts.

The Mega Millions jackpot is now $810 million. Here's how much would go to taxes if there's a winner

If you manage to beat the odds and land the next Mega Millions jackpot, don't forget that Uncle Sam will snatch a slice of the windfall. The top prize has surged to $810 million for Tuesday night's drawing - up from an earlier estimated $790 million - after no ticket matched all six numbers pulled Friday night.


Salvy On The Mend

The Kansas City Royals say All-Star catcher Salvador Perez is expected to begin a rehab assignment Tuesday with Triple-A Omaha. Perez has been out since late June, when he left a game against the Los Angeles Angels with a left thumb injury that also had caused him to miss time earlier in the season.

While on a foraging trip through a wooded area of Kansas City, Jojo Blackwood discovered a plant that would change the way she views her food. "In my mind, I was like, 'This is the weirdest looking soccer ball I've ever seen in my life,'" Blackwood recalled.

Scattered showers possible throughout the morning and afternoon Tuesday

Hide Transcript Show Transcript AND HOURS, RESULTING IN ALL THE PROBLEMS ON THE ROADS. RAIN IS A GOOD THING. IT IS ALSO IMPACTING THE DROP BIT BY BIT, WE ARE CUTTING AWAY AT THE DROUGHT THERE. ESPECIALLY IN CENTRAL AND SOUTHERN MISSOURI. TWO AREAS OF SCATTERED SHOWERS AND THUNDERSTORMS, ONE ACROSS NORTHERN MISSOURI, ST.

Weezer - Records is the song of the day and this is the OPEN THREAD for right now.