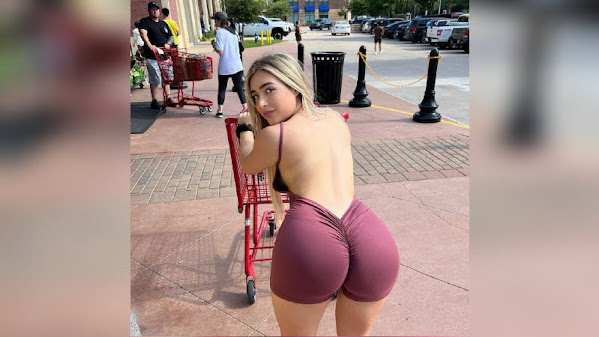 Faith Lianne, 19, is a groundbreaking content creator who has garnered and impressive following after only a few months online. We quickly take a peek at her story along with more pop culture, community news and top headlines.

KCFD responds to fire in 3600 block of Independence Ave.

Kansas City Fire Department (KCFD) crews worked quickly to extinguish a fire in a commercial building in the 3600 block of Independence Avenue this morning. At this time, there are no injuries reported. Occupants of the building, which includes a Pachuda's Africa Hair Braiding, Dirty Dogs in the Tub, Super Taco and others, evacuated on their own.

It's been in the works for about a year. Now Twin Peaks has confirmed a Northland location scheduled to open in mid-August. The 7,500-square-foot bar and restaurant, in the Shops at Boardwalk at 8660 N. Boardwalk Ave., will offer 45 TVs, 32 beers on tap and two patios - one with a fireplace and the other with roll-down screens for year-round use.

The family of a man that died in a fiery crash on I-435 the day after the Fourth of July has filed a wrongful death lawsuit.Four people were hospitalized after the incident. One man, Joey Schweinfurth, died at the scene of the crash.

KANSAS CITY, Mo. - An anonymous tip leads detectives to a car they believe may be the one that hit and injured an 11-year-old girl on the Fourth of July. The girl's mother said she was bending down to light a firework in the street when the driver of the car hit her.

KANSAS CITY, Mo. - A new general manager is set to take over leadership of running the County Club Plaza in Kansas City, Missouri. Taubman, the company that owns the Plaza, announced Tuesday that as of July 22, Breana Grosz will become general manager of the Plaza.

Tuesday is the deadline to register to vote in Kansas for the August 2 primary.You can register in person at any city hall in Johnson County or directly at the Johnson County election office.But, you can also mail your application, fax it, scan and email it, fill it out online or text it.

This OnlyFans story has a different sort of happy ending. Kinky content creator Faith Lianne, 19, is speaking out about how the racy adult website has helped forge an unexpected bond with her parents - a year after they kicked her out of their house.

MSNBC and CNN highlighted President Biden's cratering approval rating this week, as well as concerns that Democrats and the general American public are becoming increasingly frustrated with his job performance. Much of the discussion was sparked by a Monday New York Times poll that showed a stunning 64% of Democrats would prefer a different candidate to run for office in 2024.

As you watch explosive revelations pour forth about Donald Trump and his fellow coup plotters at Tuesday's congressional hearing on the insurrection, keep this number in mind: 19. That's the paltry percentage of GOP voters who believe Trump's effort to overturn the 2020 election "threatened American democracy," according to a new poll from the New York Times and Siena College.

At least seven people were reportedly killed by a Ukrainian missile strike on a large ammunition store in the town of Nova Kakhovka, in Russia-occupied Kherson. The claims of fatalities were made by the Russian-installed administration in the town and could not be immediately verified, though footage on social media showed a large explosion lighting up the night, burning ammunition and towering smoke.

Sri Lanka President Gotabaya Rajapaksa tried to escape his country during an economic collapse, but airport personnel would not let him. Gotobaya and his wife tried to catch a flight on Tuesday after protesters stormed his home over the weekend, but he would not go through customs with the general public and immigration officers refused to go to a VIP suite to stamp his passport, Agence France-Presse reported.

U.S. tourist, 23, falls into Mount Vesuvius crater after taking a selfie - and survives

A 23-year-old American man was rescued over the weekend after falling into the crater of Mount Vesuvius in Italy while taking a selfie. The man visited the famed volcano, notorious for destroying the Roman city of Pompeii and blanketing it in ash in 79 A.D, with two family members onSaturday.


One Of Many Mexican Complaints

subscribe to The NPR Politics Podcast podcast In his long career as a U.S. senator, Joe Biden has sat through his share of lengthy speeches. But sitting in the Oval Office on Tuesday, President Biden seemed a bit out of practice.

ROME - Pope Francis told young Europeans Monday that it is "legitimate to rebel" when a "few powerful people" decide to send them to "fight and die" in a war. He defined the fighting in Ukraine as "senseless," and argued that if younger generations governed today, there wouldn't be as many global conflicts.

A tiny food pantry in Overland Park is hoping to expand and serve more people."Extension cords running across the yard," said Jennifer Parker, of the Tiny Pantry Times.Parker admits the early months of her tiny neighborhood food pantry were interesting."It looked really tacky," she said.But it did the trick, and

KANSAS CITY, Mo. - The nods continue to pour in for Kansas City native Jason Sudeikis. His comedy, "Ted Lasso" earned 20 Emmy nominations when they were announced Tuesday morning. It includes one for outstanding comedy series. Sudeikis is also nominated for outstanding lead actor.


Not A Bad Payday For Dead-End Job

Some Kansas City area districts were so short on school bus drivers last year that they were forced to notify families at the last minute that their child's bus was not going to come. Districts struggled to maintain bus routes during record labor shortages, made worse during the highest peaks of COVID-19 transmission.

Sweet EMOtion delivers vegan treats from the Upside Down

Sweet EMOtion limited Stranger Things ice cream release. // Photo by Anna Perry-Rushton Things got a little cattywampus (but oh, so delicious) in North Kansas City over the weekend with the limited release of a Stranger Things-inspired menu at the Sweet EMOtion vegan ice cream parlor founded by Seth Kean.