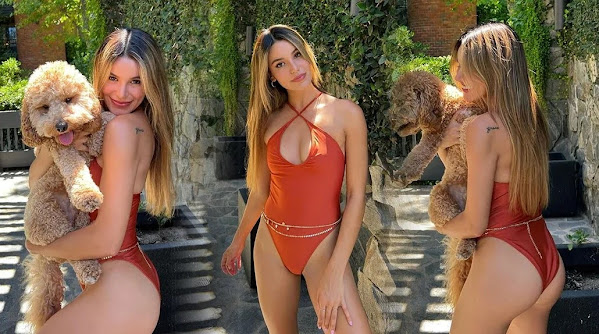 LEE'S SUMMIT, Mo. - As the price of gas continues to go up, more people are looking at buying electric cars, including Chisa Wicoxon. "It's still okay, but gas prices go up high for sure and it's not comfortable," Wicoxon said.

KANSAS CITY, Mo. - It's Christmas in July at Hallmark stores across the country. It's also Christmas in July for the thousands of people who wait for this time to arrive each year. The company revealed half of its new holiday ornaments in stores this week.

The #22. //Courtesy Pilsen Co-op The #22 is official The #22. You read about it. You dreamed about it. You went to order it... and it was gone. This was the tale of many who read about the sandwich collaboration between Italian Sausage Co. and Chef James Chang.

The Fringe Festival is back on stage beginning Friday at eight Downtown venues; plus a scintillating top 11 rundown of what's hot in the Downtown arts & entertainment scene this weekend.

It's 2022, which means you can be anything you want. Lingerie is now the go-to uniform for a night out. Julia Fox showed us that while jeans will always be jeans, they can also be a top, or boots, or a bag. And most recently, Madison Beer demonstrated how to wear a pair of jumpsuit-presenting-trousers.

Former President Barack Obama sent an email to Ronny Jackson, a former White House physician who went on to become a GOP congressman, expressing his "disappointment" for his criticism of Joe Biden's cognitive health in 2020, according to a copy of the email obtained by CNN.

Denis Molla told cops his vehicle was torched because it displayed a Trump 2020 flag. A Minneapolis man told cops he'd been the victim of a terrifying, politically motivated attack in the heat of the 2020 presidential race: His camper van was set on fire because it displayed a Trump flag, and the flames had spread to engulf other vehicles and his garage, which itself had been spray-painted with graffiti supporting Joe Biden and Black Lives Matter, just weeks after local police killed George Floyd.

For the first time since May, COVID-19-related hospital admissions are forecasted to increase again in the U.S., as highly infectious omicron subvariants continue to spread, according to updated forecasting models used by the Centers for Disease Control and Prevention.


Working It For Tech Cred

I was scrolling through LinkedIn and came across a post that intrigued me and caught my attention. A woman named Arielle Egozi made a post with a screenshot where her Work Experience included self-employed with Sex Work. Now, that's an unusual thing to encounter on LinkedIn, but that wasn't what made me write this article.

Patrick Mahomes isn't promoting beer. Nope, no beer here. Nothing to see. Coors Light beer officials said in a new ad posted to social media Wednesday that over the summer, the company tapped the Kansas City Chiefs quarterback to be in a promo for the beer.

Chad Hickman has experienced how easy it is to get lost in a deep conversation while playing a game of catch, he shared. "When your only goal is to throw something back and forth, you can really open up in a conversation and focus on the now. You're not worried about other things.

Humidity to pick up in the back half of the week