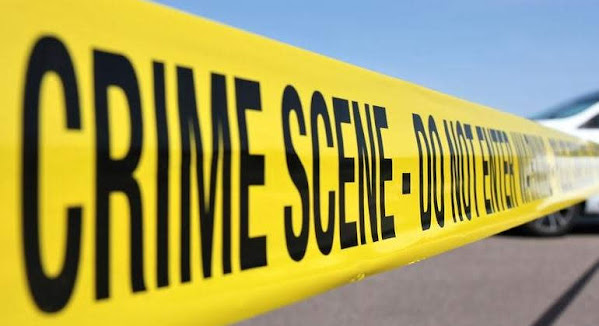 In this quick post we take a peek at police action, ongoing investigations and community requests for help.

As always, we try to finish up with some good news that close readers might or might not have seen previously . . .

KANSAS CITY, Mo. - Kansas City, Missouri, police want help to find a man and woman who allegedly stole a car on June 28 with a four-year-old child inside. The couple took the vehicle at 6:35 p.m. in the 7700 block of east 87th Street, according to police.

The Kansas City, Missouri, Police department says its assault squad is attempting to identify an unknown victim. Police sent out a picture of a victim of an aggravated assault that occurred near 3800 East Gregory Boulevard on July 1, 2022.KCPD says the incident happened at approximately 11:38 a.m. last Friday.

KANSAS CITY, Mo. - An argument over fireworks and a possible racial slur led to a Monday afternoon Independence shooting. Police said Nakki White, who is Black, and his girlfriend were arguing with a man over fireworks when at least two people heard the slur.

KANSAS CITY, Mo. - The Kansas City, Missouri Police Department is asking the public for help in locating a 19-year-old woman. Police said Aselin Lightner was last seen Tuesday near the 1100 block of E. 84th Street at 7 p.m. She is described as standing 5'4″ and weighs 160 lbs.

KANSAS CITY, Mo. - The Merriam Police is asking for the public's help in finding a woman last seen on Tuesday. Hannah Pike, 32, was last seen near Interstate 35 and 75th Street. Anyone who sees Pike or has whereabouts is asked to contact the department at (913)-782-0720. -


Investigation into cause of Independence apartment fire could be delayed

INDEPENDENCE, Mo. - The investigation continues into the cause of a fire at Cedar Brooks Apartments in Independence. Officials said it could take longer than normal due to the number of fires within the last week. The fire melted a carport and several cars, and some who live in the complex are without a home.

Residents taking part in the spring session of the Citizens Police Academy graduated earlier this month after 11 weeks of attendance.