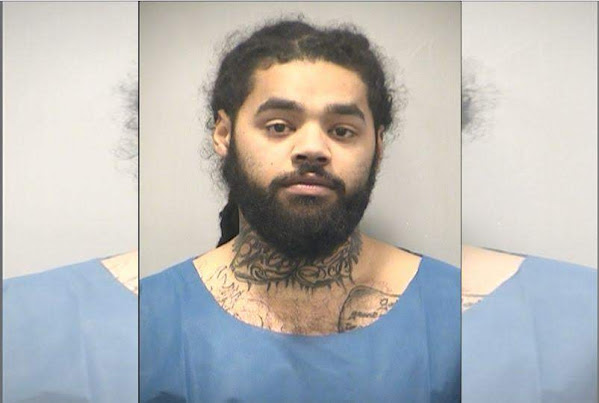 KANSAS CITY, Mo. - Days after a mass shooting in , leaders with the Kansas City, Missouri, Police Department explained their safety plan in entertainment districts. "The main goal with the contingent of officers we have in this plan isn't enforcement - it's more of a presence," a lead KCPD official explained Thursday while speaking during a KCMO City Council meeting.

A Prairie Village man was able to walk away from his plane after an emergency crash landing on Interstate 70 at about 3 a.m.

An Independence man will spend three decades behind bars after being sentenced in the mistaken-identity shooting death of a 71-year-old woman in 2019.has been convicted of second-degree murder and other charges in the death of 71-year-old Barbra J. Harper in 2019.

KANSAS CITY, Mo. - Two days after Missouri Attorney General Eric Schmitt said he would block an FBI audit on gun data, the FBI fired back with a statement Friday, calling their audit routine. The FBI's statement, posted Friday afternoon on social media, said Missouri has participated in the audit "multiple times, most recently in 2018."

KANSAS CITY, Mo. - Four Kansas City-area attorneys representing the trucking company whose dump truck was involved in a deadly Amtrak train crash last month in Missouri have asked a federal judge for more time to file their response after . The attorneys asked federal Judge Nannette A.

Police vehicle, lights (file photo) SOURCE: KMBC Police in Leavenworth, Kansas, are searching for a suspect after a fatal shooting early Friday morning.Police said officers were called to an apartment complex in the 2900 block of Ralph Bunche Drive to investigate a report of shots fired around 12:23 a.m.When they arrived, they found a 20-year-old woman with an apparent gunshot wound.Police said the woman was rushed to a local hospital where she was pronounced dead.Police said detectives are currently looking for a suspect.There are no additional details available at this time.

A minivan hit the side of a KCPD car while it was trying to cross through a red light with its sirens and lights on. The two officers and driver of the minivan were taken to the hospital, but their injuries are not life-threatening.

KANSAS CITY, Mo. - The 174th Entrant Officer class is on the home stretch at the KC Regional Police Academy. Entrant officers completed their fourth and final round of practical integrated exercises at the academy on Thursday evening. The exercises are meant to test entrant officers on all of the training they've learned so far.