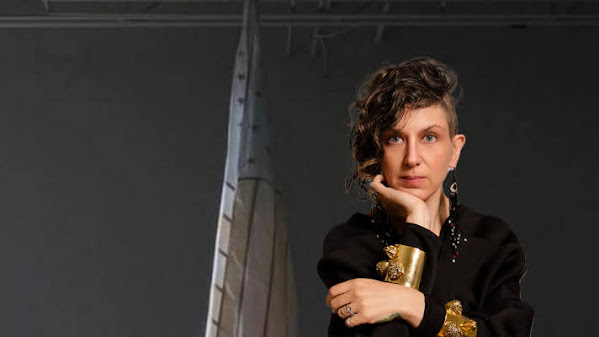 A controversial work by KC's most accomplished artist deserves a look as we approach election season.

Here's her statement, a link and background on the controversial work . . .

"I created Surrender for a solo show I titled Unicorn in 2017- a standard American Flag created from the lightest hues of nylon I could source for the current flag palette of The United States of America. The flag company I was working with on the other pieces for the show would not fabricate it out of fear of losing veteran customers so I had to parse it out - the commercially embroidered stars were done by a Ukrainian owned ball cap business near my studio  . . . The pole is white and the entire object is luminous. It seems bleached out and plays on ideas of Albocracy and chroma-phobia, faded glory."