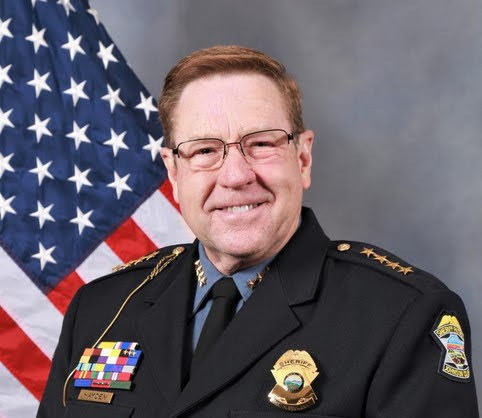 The Kansas City Star covers & critiques a top law man in the Golden Ghetto and finally risks their biscuit for a change . . . Here's the cringe-y quote from a law man who might not be willing to accept changing demographics and political leanings of his own community . . . Check-it . . .

“So I didn’t know anything about elections. We’re cops. So we’ve been educating ourselves about elections. I’ve sent my detectives through, I’ve got a cyber guy, sent him through, to start evaluating what’s going on with the machines.”

Johnson County Sheriff Calvin Hayden told a " constitutional sheriffs " group in Las Vegas on Tuesday that he is continuing to investigate the county's election results to determine whether any fraud occurred, despite repeated assurances from election officials that there was none.