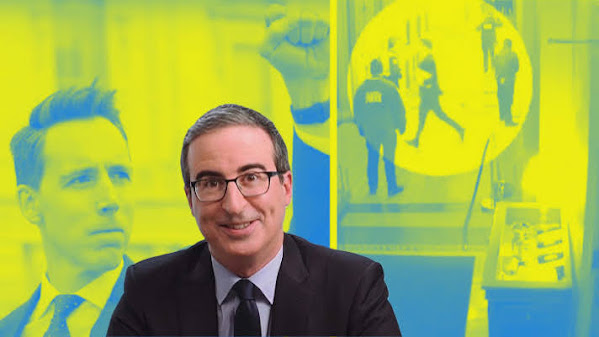 Actually, the late night comedian also reiterated the controversial slur and added his own spin.

Perspective: It's a comedy show that's often confused with real political commentary . . . And the joke has, pardon the pun, quickly run its course . . . But here's one last quote for the lulz . . .

“That is painfully embarrassing,” exclaimed a giddy Oliver. “That is the gait of a man who has either just gassed up an insurrection that is now bearing down on top of him or just drank a large iced coffee 45 minutes ago. Either way, those legs scream: I’ve made a huge mistake.”

Following a month-long absence-and two Emmy nominations- John Oliver returned to the desk of Last Week Tonight on Sunday to excoriate the grifters and clowns of the week. When we last saw him, Oliver was going after Democratic leadership for their lackluster response to the overturning of Roe v.