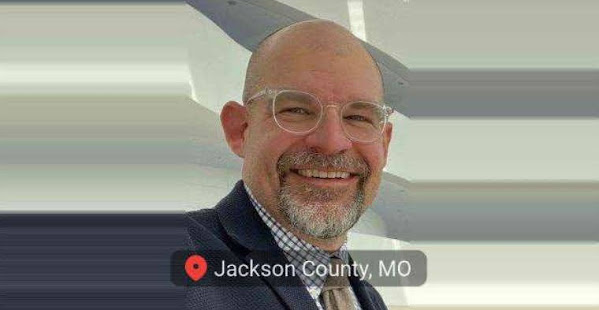 Jackson County campaign season is heating up and a recent e-mail blast has sparked tempers amongst voters.

Here's a quick breakdown, as as always, we welcome your comments . . .

Voters might not know much about this contest but here's a quick summary and GENERALLY what most voters perceive . . .

3rd District At-Large Incumbent Tony Miller is an insider, he works with one of the biggest law firms in the metro and is well-liked amongst the local civic social set.

Megan Marshall is a Marine veteran who has garnered surprising support in Lee's Summit. 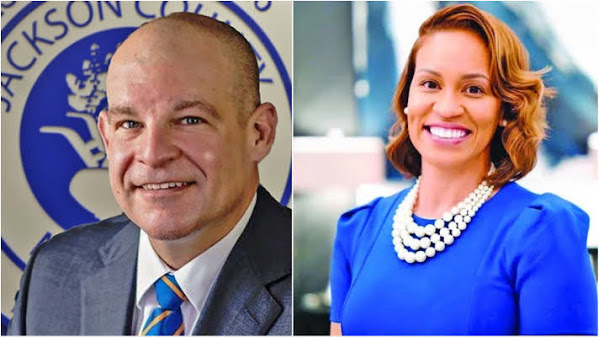 Our only opinion about the matter . . .

Claiming that a Marine veteran is a choice for "chaos" is a bit of a stretch . . . If anything, this e-mail attack signals that Tony Miller knows this contest is going to be VERY close.

We'll share Mr. Miller's latest e-mail blast where he takes aim at his opponent. However . . . Since it's such a long quote, we'll share some of the feedback first . . .


"Apparently Tony Miller, after serving for almost 8 years in the county legislature, still doesn't understand the composition of the legislature after all these years.

"There are 9 members and the County Executive is not one of them! The fact Miller doesn't understand the governing board he is serving on speaks volumes. He sent this attack email on Megan Marshall within the last 48 hours to thousands of residents across Jackson County."

Now, for readers to judge for themselves, here's the quote from Mr. Miller's recent e-mail blast:

Tony Miller: What This Race Is Really About

I am being challenged in the upcoming August Primary election by two individuals.  One of those individuals likes to promote division and chaos as a matter of course.  You should check her record.  She likes to say I’m the “bad guy” because I hold the office she has identified for herself.  She wants you to believe that I am at fault for all our county’s problems and that if you vote for her all our challenges will go away.  I wish that was the case.  I really wish it was that easy.

My opponent is a nice and smart person.  She’s served our country and is a patriot.  I even helped and supported her a very few years ago when she was new to the community and wanted to run for school board.  I gave her a chance…based on her ideas, her past service and the crucial need for diversity in our community.  And I was happy to do it.

Since the time I welcomed and supported her in 2019-2020 I learned more about her and what she really stands for, and  I can tell you that it is not what I stand for.   I appreciate that she may disagree with my last (and only) vote against the mask mandate (the very same vote that my colleague Ron Finley made), but he real reason she is running against me is because she wants to run for a higher office, and she wants to divide us.  She’s done it on the Lee’s Summit School Board and she intends to do it on the Jackson County Legislature.

Let me tell you what’s at stake:

The Jackson County Legislature is made up of eight legislators and the County Executive.  Of the eight of us currently serving, only four are running for re-election.  Those retiring legislators have decades of institutional knowledge between them.  Of the four of us running for re-election I am the longest serving - I was elected in 2014 and started serving in 2015.  The other three who are running for re-election were first elected in 2018 and started serving in 2019.  So if you want to vote to really turn things upside down and invoke chaos and uncertainty like the four years of the Trump Administration….it's not a vote against me.

This is what I can promise you.  I listen.  I listen to my colleagues, my constituents and pay attention to details and ask questions and vote according to what I have learned.  I don’t come to this elected office with a bent toward division or pre-conceived notions or assumptions based on the national political discourse.  I come to this service with the energy and commitment to do that which is not glamorous….with an open mind, the willingness to learn, to be better and to genuinely make this community one that we can all be proud of.

I hoped I wouldn’t be challenged in this election, but here we are.  And as a result, I really do need your help .  This election will come down to whose message gets out and resonates with the voters.  THAT’S WHY I NEED YOUR HELP TODAY  .

I promise I wouldn’t ask for help if I didn’t need it.  It is difficult for voters to learn about local candidates, and the only way to do that is if we can effectively communicate with them.  If you want steady, strong, fair, and common-sense leadership in the Jackson County Legislature – please make a donation to my campaign , tell your friends and family, and vote for me on August 2.

If you want chaos and division like my opponent has brought to the Lee’s Summit School District support and vote for her.  Ask her colleagues on the school board, ask parents and teachers in the district.

And if you’re wondering about me – please ask my colleagues about their relationship with me.  Ask constituents who’ve reached out for help.  Ask the labor organizations and social service organizations the county works with.  Ask county employees.  If you do, I feel confident that you will find I am a public servant here for the right reasons – and one who should be re-elected.  Whatever you do, please make an informed decision.

This election is right around the corner, and your donation today – of whatever you can afford  – will give us a chance to keep strong and steady leadership that is already proven.  I will not let you down.

If you have any questions, thoughts or need anything at all – as always – I hope you will reach out to me.

All my very best,