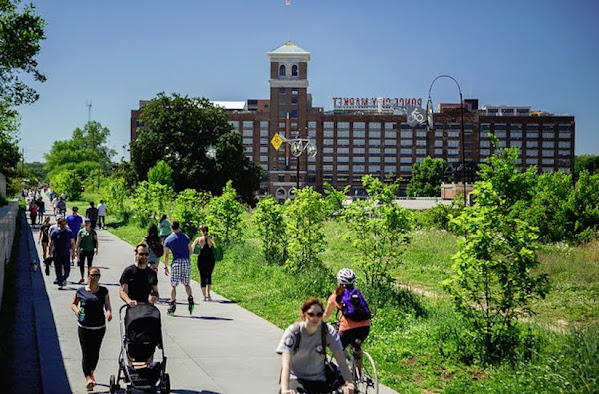 It's Tuesday so let's talk about stuff that will never happen . . .

Remember the Kansas City "Greenline" idea that would've turned this cowtown into a mecca for cyclists, homeless and rapists???

Here's a quick refresher before we move on to more important stuff . . .

Check this diagram that actually displaces a few HUNDRED MILLION dollars of roads . . . 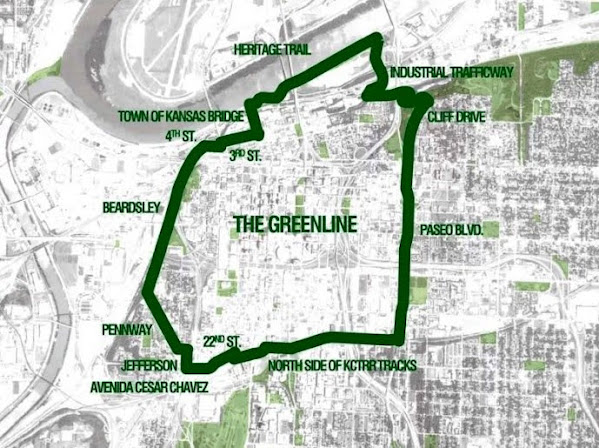 An ambitious plan to create a 10-mile “Greenline” recreational loop around downtown similar to the popular BeltLine in Atlanta is being championed by developer Vince Bryant.

“The goal is to have people come off streets and parking lots, and come on to paths that connect our green spaces.”

Vincent said the proposed south leg of the Greenline concept could be relatively inexpensive.

It calls for repurposing an underused access road that runs east and west along the north side of the Kansas City Terminal Railway. The busy rail corridor divides the Crossroads Arts District from Crown Center and Hospital Hill.

Again . . . Because amateur urban planners don't realize that the REAL price tag is about HALF A BILLION BUCKS and it doesn't generate any revenue . . . In fact, it does the opposite and resembles the path in Waldo wherein creepers traditionally terrify middle-class white women around this time of year.

An ambitious plan to create a 10-mile "Greenline" recreational loop around downtown similar to the popular BeltLine in Atlanta is being championed by developer Vince Bryant. "It's not a new idea," Bryant told the Downtown Council board last week. "Most progressive cities have rails to trails projects.

By Kevin Collison The proposed Greenline recreational trail loop around downtown now has an estimated $80 million price tag, according to backers who plan to eventually seek federal funding for the project.

Offering recreation and outdoor amenity spaces, Greenline KC will create a stage for neighborhoods along the loop to express themselves along the path, fostering cross-cultural interaction and appreciation. Over the past decade, other cities have developed similar concepts: the High Line in New York, the Beltline in Atlanta, the Underline in Miami, the 606 in Chicago.