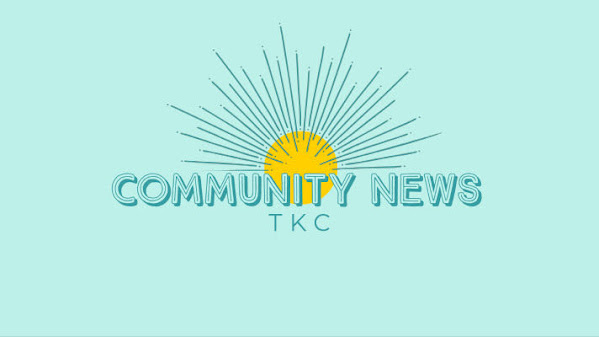 Right now we share news from around the metro in a quick compilation featuring stories that are worth a peek even if they don't spark debate . . .

ST. JOSEPH - St. Joseph, Missouri is gearing up for another Chiefs Training Camp at Missouri Western after rookies and quarterbacks reported Friday with the rest of the team expected in the coming days. Signs lining downtown roads and in business windows welcome everyone but warn about what's coming when thousands of fan move through the streets and pack into a small downtown park for rallys.

Soon you may not have to travel far to visit the best farmers market in the country. The Overland Park Farmers Market currently has the lead in a national poll asking market shoppers across the U.S. to vote for their favorite market. With over 2,000 national farmers markets to choose from, shoppers have been casting...

JEFFERSON CITY, Mo. - Missouri has more money on hand than ever before, thanks partly to a combination of inflation, higher wages and federal funds. The state closed out its 2022 fiscal year with a general revenue balance of nearly $4.9 billion - more than double the previous record set just one year ago, according to data provided Thursday to The Associated Press by the state Office of Administration.

"We were on our way to a Fourth of July, lake house weekend getaway," Alexa Ewell said.For Ewell, those plans became unhinged abruptly when she started not feeling well."Something just weird is going on," Ewell said.Ewell went to the doctor, and she tested positive for COVID-19."I had the worst body

The Spencer Museum of Art, on the University of Kansas campus in Lawrence, got a $3 million gift on Wednesday. The funds, from Kansas City philanthropist and arts advocate Margaret Silva, will help sustain future and ongoing work in the museum's Arts Research Integration program.

JEFFERSON CITY, Mo. - Missouri has more money on hand than ever before, thanks partly to a combination of inflation, higher wages and federal funds. The state closed out its 2022 fiscal year with a general revenue balance of nearly $4.9 billion - more than double the previous record set just one year ago, according to data provided Thursday to The Associated Press by the state Office of Administration.

Next week the Johnson County Board of Commissioners will consider providing $15 million to support infrastructure improvements in De Soto. Earlier this month Panasonic announced it will create a $4 billion electric vehicle battery plant on the former Sunflower Army Ammunition Plant.


Explore a diverse art gallery in the attic of Union Station

Thousands of people visit Union Station in the heart of Kansas City daily, but few people know that a group of artwork can be found in the most unlikely of places. The attic.Graffiti Attic was started in 2019 as an art collective for locals to display their works, and anyone in the community is welcome to explore the 11,000 sq.

KANSAS CITY, Mo. - We feel John Jordan "Buck" O'Neil's presence in Kansas City, baseball, and beyond long since we've lost him. This weekend, he's officially being inducted into the National Baseball Hall of Fame, a celebration a long time coming. "It's overdue. It's about time.

A 6-year-old who drowned earlier this month at Oceans of Fun was laid to rest Friday. Loved ones held the memorial service for Adeline Stewart."I know Addy would have wanted this because, according to her, God gave us two books: The Bible and this joke book," said Therron Stewart, Addy's father.There was laughter and joy, sweet memories and sorrow shared at the celebration of life for Adeline.

OLATHE, Kan. - The Kansas City Automotive Museum aims to celebrate the culture, artistry, industry and innovation of the automobile. Not only can you check out cars, but you can also learn some of Kansas City's transportation history.


Blue Springs man will head out on Peace Corps mission

Hide Transcript Show Transcript THIS BRINGS NATHAN BANKS LOVES A GOOD CHALLENGE SOLVING LITTLE PROBLEMS. HE SAYS LIKE A PUZZLE HELPING PEOPLE. IN DEVELOPING COUNTRIES IS A PIECE BY PIECE EFFORT IF WE CAN JUST TACKLE THAT ONE PROBLEM.

Flare Tha Rebel. // photo credit Fotos by Selina "Rosé All Day" is the lead single from Flare Tha Rebel's upcoming EP titled Summer You, Summer Me. It's at once about summer fun and hangs while also addressing the uneven power dynamic inherent in pursuing someone for a relationship.


The Belles of the American Royal - 2022 BOTAR President