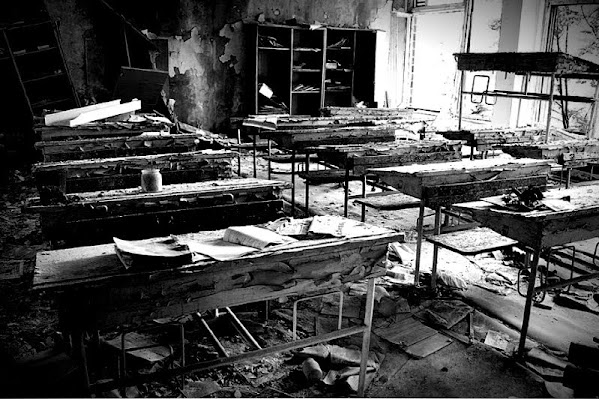 Here's a peek at the process as KCPS preps to shut down even more schools . . .

After it receives one or more proposals, a district committee reviews them and assesses whether they’re viable. The district also holds a public hearing to gather neighborhood input . . . Between 20 and 100 people typically attend and others send written feedback.

More recently, the district has also started to establish “benefits agreements” with buyers that detail how they will support the community, such as allowing a neighborhood association to meet in the auditorium or working with KCPS students through internships or career fair visits.

Another recent change is that the district notes on its listings that it will prioritize projects that include affordable housing accessible to students and staff.

Neighbors’ feedback can have a serious impact on whether a project is accepted or whether it first needs adjustments.

Schools for sale: What KCPS does when buildings close

Askew Elementary School has been vacant for more than a decade. The inside shows signs of the nearly 100-year-old building’s age and long disuse. Walls are peeling, debris litters the floor and some classroom ceiling panels have fallen. That didn’t deter several prospective buyers who came to assess whether they could bring the 58,000-square-foot building in eastern Kansas City back to life.