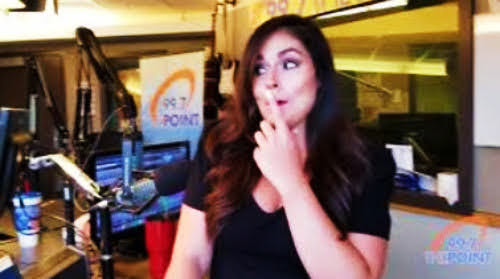 A worthwhile conversation with a Kansas City personality amid the last days of terrestrial radio.

Here's a passage we had to read twice because we thought the offer was a bit more exciting than the writer had intended .  ..

"Currently, Nikki is the quippy co-host of 99.7’s whackadoo radio show, Ponch & Nikki in the Mornings. The 16-year radio veteran tells us 1) she’ll never turn down a brunch date and 2) she’ll gladly show off pictures of her furbaby Frankie Blu to anyone who asks."

Kansas City native Nikki Vivas calls herself a "designer diva with an old soul." (She'll gladly choose a good bottle of cabernet and a Frank Sinatra record on the turntable over clubbing any day, she adds.) Currently, Nikki is the quippy co-host of 99.7's whackadoo radio show, Ponch & Nikki in the Mornings.