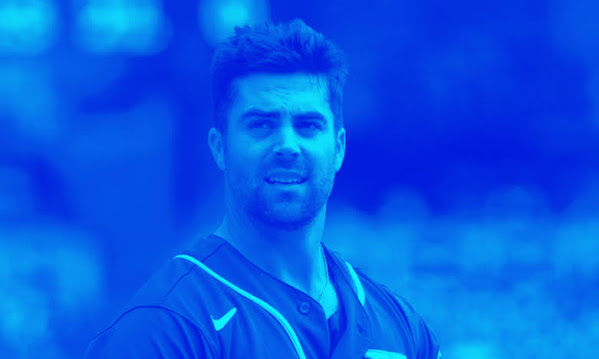 Whenever we hear about fan reaction from the home team, we always want to emphasize . . .

Insulted that Bo Jackson sought to make pro-sports history and play with the Raiders . . . Royals fans threw tiny footballs on the field when the iconic athlete made his way to the plate.

Think about that for a sec . . . An athlete shows evidence of remarkable skill at an elite level and the rubes from Kansas City were peeved because of some imagined rivalry from the 60s.

There are other examples . . .

Remember all those middle-class hotties at the game during the World Series run??? They're nowhere to be found . . . Thankfully, only ride-or-die old bags who can drink most construction workers under the table now regularly attend games.

The newspaper highlights this bit of local culture and mistakes it for vaxx love . . .

Fact is . . . The dolts that decided to boo don't care about the vaxx or COVID prevention . . . They're likely angry because Whit broke the 4th wall and revealed that he's playing this game for money and not love . . . Hopeless cowtown romantics don't like their baseball fantasies ruined by the sordid topic of coin.

They’re hurt. Angry, even. “People can do what they want,” Merrifield said when asked about the crowd’s reaction. “People have the right to voice whatever they want to voice.”

Why Kansas City Royals fans booed Whit Merrifield ... and what he said about it

Whit Merrifield stepped into the Kauffman Stadium batter's box at 7:39 p.m. Friday, the most familiar setting his career could offer. The most comfortable setting his career could offer. On this night, it was neither. The noise that followed as he took a couple of practice swings is one he had not heard here, at least not directed specifically at him.