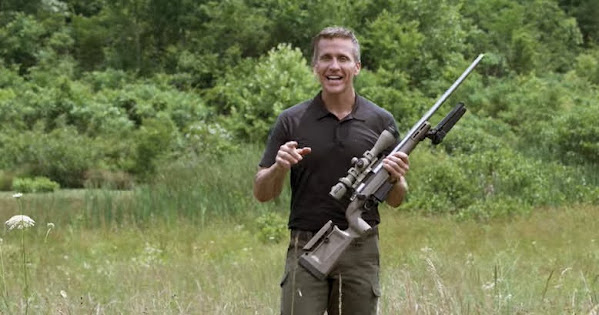 Real talk . . . Using a gun or any kind of dangerous tool in a political advert is now PLAYED OUT.

The tactic was fun in 2016 but now seems cliché even if it sparks obligatory outrage.

In fact . . . We think the latest Greitens ad kinda flopped because it seemed whiny even with the big gun flex:

"Because I fought for you, they came after me."

"In his ads, Greitens openly calls for right-wing vigilante violence against moderate Republicans and the political establishment, and has little else to say about policy or ideology. They showcase how some anti-establishment Republicans see straightforward calls for authoritarian violence as a political lane unto itself."

Republican political candidates have been brandishing their guns with such regularity in campaign ads during this primary season that it's almost become unremarkable. But two such recent ads from Eric Greitens, the leading Republican U.S. Senate candidate in Missouri, have managed to cause widespread shock for the way they blatantly call for violence in politics.