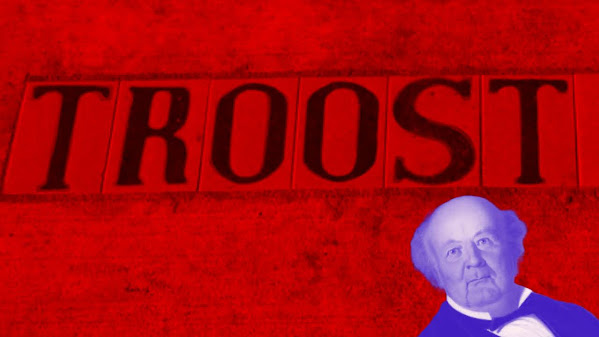 Allow us a literary objection . . .

Meanwhile . . . Even the newspaper is having second thoughts about this crusade . . .

Chris Goode, a former Kansas City Parks and Recreation commissioner, wants to rename Troost Avenue, one of the city’s best-known streets, mostly because it served as a racial dividing line.

Kansas City should talk about this.

An online petition he created a few weeks ago has gotten nearly 1,000 signatures as of Monday morning in support of the renaming effort.

Goode also pushed for J.C. Nichols’ name to be stripped from the fountain in Mill Creek Park and for the creation of Martin Luther King Jr. Boulevard in the city.

Goode suggests changing Troost to Truth Avenue. The name Troost “doesn’t represent the current state of this avenue or the trajectory of our beloved city,” he said. “To tell the truth about the history but then move swiftly past it does not erase it. It creates authenticity,” he said.

Rename Troost as Truth Avenue? Not until all Kansas City has a chance to talk about it

OPINION AND COMMENTARY What's in a name? If it's Troost Avenue, named after Benoist Troost, a Kansas City founding father and physician who also was a slave owner, then it's a lot of ugly history and also the symbol of decades of racial division.