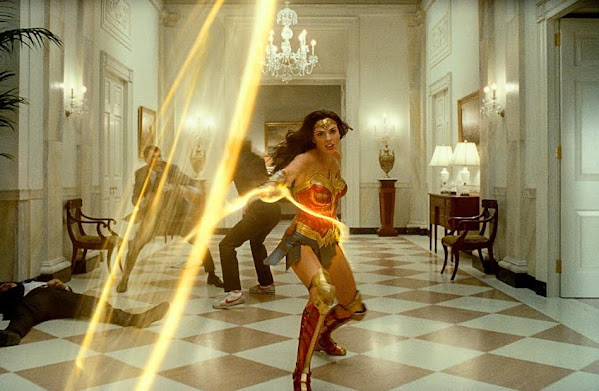 The bright side . . . Lady cops SHOULD NOT SHOOT & KILL TKC . . . INSTEAD, you'll find us remarkably compliant, adoring and grateful after hogtying a blogger in the event of skeptical & rude questions over commands . . . Although, I'll probably need a nap & sammich shortly thereafter.

“This is a restraint device,” said Rodney Sherrod, a trainer for the manufacturer. “It deploys a 7-foot, 6-inch Kevlar cord that simply wraps the subject up - either lower body or around the arms - to effectively restrain them so the officers can get them the help that they need.”

Officers are trained to restrain legs or arms. They’re instructed not to aim near the face.

Every deployment on the dummy was perfect, but what happens in practice is often different. Even so, the makers of BolaWrap say the device buys officers time and can help in de-escalating a tense situation.

KANSAS CITY, Mo. (KCTV) - The latest addition to some police officers' tool belts seems a bit like something out of a James Bond or Spiderman movie. It's called BolaWrap. The company that invented it likens it to remote handcuffs. It's a high-powered restraint device that shoots out lassos that will stop suspects in their tracks.