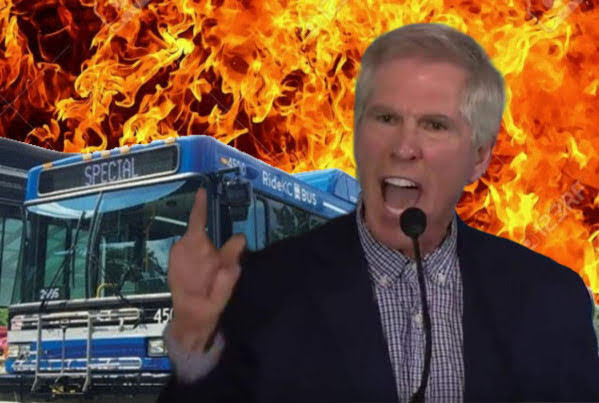 We always love to hear from a friend of the blog on the holidays . . .

It is 2022, and not everything "is up to date in Kansas City".  Kansas City remains burdened with an outdated, stigmatized and inefficient transit system that represents a symbolic failure of leadership. Only 5% of Kansas Citians now use the ATA's bus system! Yet, that dog drains taxpayer's pockets of $100 million per year.!!   And, it does not inspire to witness big, loud and mostly empty diesel buses lumbering along City Streets adding to their deterioration.  If the ATA were a private company, it wouldn't exist. Simply put, the ATA's unpopular bus system represents a dog that hasn't hunted for decades despite new MAX Bus Lines, zero fares, etc.  When something's not working, try something else.

Even with soaring gas prices, environmental concerns and car costs, it will take a quick, quiet, clean and convenient transit system to get significant numbers of people out of their cars and onto alternative forms of green transportation. Doing so will save people time and money and aid the environment. This new transportation Green infrastructure will also make our City grow and thrive as transforms into America's new City of the Future.

What's more, the fact the ATA supports extending City Hall's slow-moving $100 Million per-mile Streetcar outside the Downtown area, is further evidence the ATA is filled with bureaucrats that don't know how to run a railroad, or transit authority.