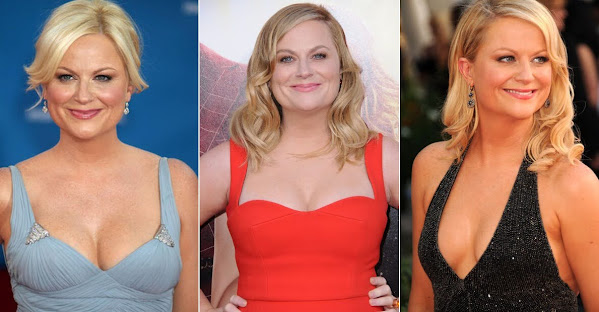 Sorry, I've been conned into believing that funny chicks are hot . . . The trick usually works with every lady comedian but Amy Schumer - The punching bag of the sausage fest Internets.

Anyhoo this bit of non-news is as good as any other place to start the day around the crack of noon.

The non-scripted reality show, titled 'The Gentle Art of Swedish Death Cleaning,' will feature hour-long episodes about people facing major crossroads and needing to get their houses and lives in order. A Swedish “Death Cleaner” will help organize and demystify homes, lives, and relationships, allowing us to prepare for death while we enjoy life . . .

“The KC Film Office put forward a strong pitch for the show in 2021 with the help of Mayor Lucas, SNL’s Heidi Gardner, and Visit KC partners. It was Kansas City’s reputation with Scout Productions, which filmed Queer Eye seasons 3 and 4 in Kansas City, that really helped us recruit the show," Director of the Kansas City Film Office Steph Shannon said.

Mayor Lucas is excited that, much like Queer Eye, Kansas City itself will be heavily featured and on display in the show.

"Kansas City is on a roll, and we're thrilled to welcome Scout Productions, which produced Queer Eye, back to town to tell more of our friends' and neighbors' important stories," Kansas City Mayor Quinton Lucas said. "We look forward to seeing our City featured again internationally as the new series, The Gentle Art of Swedish Death Cleaning, explores the beauty and complexities of major life transitions through the eyes of Kansas Citians. Thank you to Scout Productions, Amy Poehler and Peacock for choosing our community to tell these stories and for tapping into our community's outstanding pool of talent to help produce the show."

Amy Poehler is coming to Kansas City. Well, at least her new show is. Kansas City Mayor Quinton Lucas announced Wednesday that a new television show created by Poehler and Scout Productions is set to begin filming in the city this summer.

A new non-scripted television show produced by Amy Poehler will film its first season in Kansas City, which producers told KCTV was their first choice of location.