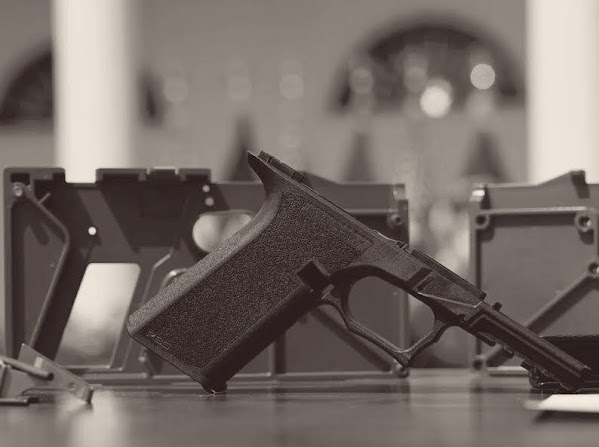 The tragic killing of a world leader sparks mixed feelings.

First and foremost we think this not-so-fun-fact needs to be highlighted by American media . . .

It's nearly impossible to get an illegal gun in Japan and deadly shootings are exceptionally rare yet that couldn't save one of the most remarkable leaders the world has seen in generations.

Does this killing prove that 'gun grabbers' are misguided or highlight the need for more crackdowns on ghost gun tech?!?!

TOKYO - Japan was left reeling Friday by the assassination of former Prime Minister Shinzo Abe, a stunning act of political violence in a country where gun laws are stringent and shootings are rare.

The world reacted with horror and shock at the cold-blooded assassination of former Japanese Prime Minister Shinzo Abe on Friday. In a country that has virtually no gun violence, what made the crime even more unusual was the strange, seemingly homemade double-barreled weapon used by the shooter.

TOKYO - Police on Friday raided the home of the man suspected of using an improvised firearm to assassinate former Japanese Prime Minister Shinzo Abe and said they seized multiple weapons that also appeared to be homemade.

Former Japanese Prime Minister was assassinated while giving a campaign speech on Friday. Japanese police named the suspect in the killing as 41-year-old Yamagami Tetsuya. He used to work for Japan's navy and has told police was "dissatisfied" with Abe, NHK reported.

The shooting death Friday of Japan's former leader Shinzo Abe was all the more shocking because the nation prides itself on having some of the strictest gun-control laws in the world. Citizens are almost completely forbidden from owning firearms, and hunters have to go through a battery of restrictive tests, including classes, written exams and mental-health evaluations - even just to shoot at clay targets.

Following the horrific mass shootings in the United States, social media is rife with discussions on gun laws and regulations. Friday morning's news of the assassination of former Japanese Prime Minister Shinzo Abe by a gunman has brought the issue of strict laws on gun ownership to light.

SEOUL - Former Japanese Prime Minister Shinzo Abe was assassinated Friday, stunning a nation where gun violence and political attacks are rare. Japan's influential and longest-serving prime minister worked to revitalize the nation's economy - with his namesake "Abenomics" policy - and rebuild its role on the global stage.