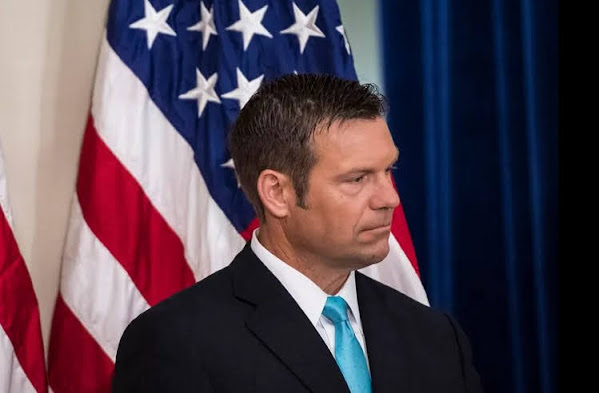 We don't play favorites on this blog . . . But nobody would bother to check out this dump if we weren't as honest as possible with our political perspective, info and opinion.

The Kansas AG contest belongs to Kris Kobach. It's his to lose.

Today he'll be debating his Republican competitors and they should know that the dude is an Ivy League-educated juggernaut and we've seen him tear apart RINOs back when Prez Trump was still selling tacos on TV.

We imagine he's only become more fearsome after the Kansas GOP turned their back on him following his loss to Guv Kelly.

For our right-wing pals who have an extra supply of popcorn, check the debate schedule . . .

The Johnson County Bar Association says at noon on Wednesday, June 15, it will host the Kansas Attorney General Republican Primary Debate at the Double Tree Hotel in Overland Park.