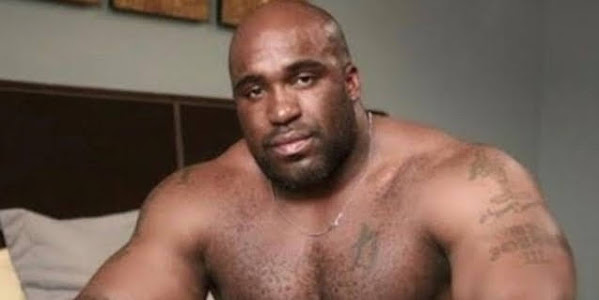 Today this smarmy Sunflower State story should get a great deal of love from the national media if there is any semblance of fun to be had before the nightmarish election season ahead.

WaPo already picked it up.

Check the deets and a reminder that not all 1st responders are heroes . . . And most of their humor is not-so-strangely homoerotic . . .

Suspended for three days without pay on June 2 for texting a photo of himself in a firehouse wearing a gag gift sweater showing a cartoon version of a naked Black man, Wardy “Wood” Joubert, who became a popular meme during the pandemic. The sweater says “I have a big package for you” with a Christmas present covering Joubert’s groin. Neimann also is sipping from a coffee mug with a picture of Joubert and a vulgar saying. Niemann texted the photo in a WhatsApp chat with the message, “having a good morning at the firehouse.”

The city of Wichita has given a Wichita Fire Department supervisor a harsher penalty for an inappropriate text message than any of the city's police officers who sent similar messages. Capt.

In recent weeks an x-rated picture of Wardy Joubert III has become one of the most shared images on the planet - thanks to cruel internet pranksters. Text messages claiming to contain breaking news about the coronavirus pandemic instead link to a picture of Wardy holding his large manhood.