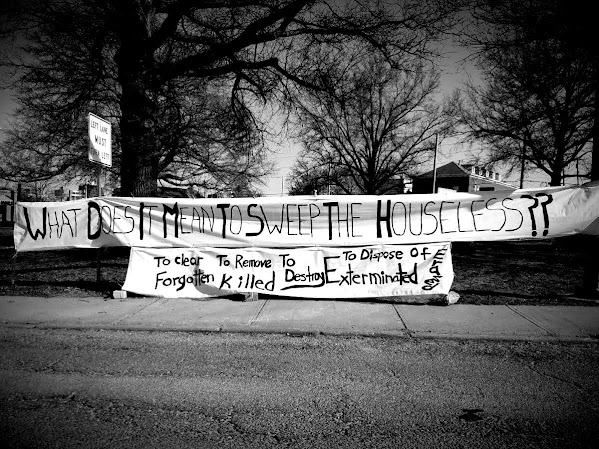 We are BLESSED with some of the smartest readers in this cowtown.

Here's a worthwhile note and reading that deserves a peek tonight . . .

"It is a detailed description of how crime operates in San Francisco Tenderloin district when police and prosecutors look away. The same thing happens in every city including KC, to varying degrees.

Ignoring homelessness results in this organized chaos degrading our city. Changing it starts with the mayor and council wanting to actually do something instead of politics as usual.

Honest citizens need to understand what is happening in homeless camps in order to pressure politicians who ignore problems. Liberal media support the politicians who prefer to "overlook" the problem."

The Criminal Order Beneath the 'Chaos' of San Francisco's Tenderloin

The epicenter of the political earthquakes rattling San Francisco's progressive establishment is a 30-square-block neighborhood in the center of downtown known as the Tenderloin. Adjacent to some of the city's most famous attractions, including the high-end shopping district Union Square, the old money redoubt of Nob Hill, historic Chinatown, and the city's gold-capped City Hall, it is home to a giant, open-air drug bazaar.