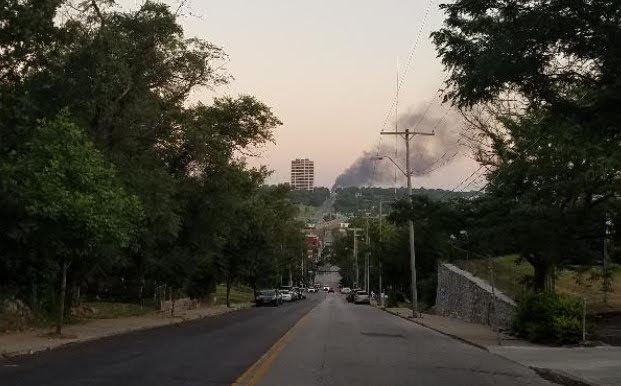 A few questions to our blog inspires us to share an update on a Sunday evening KCMO fire . . .

One of the local Reddit groups misreports that this fire is on the Plaza . . . It's close but not in the main shopping district.

"Kansas City firefighters are on scene of a fire at Corbin Terrace and Summit Street in Kansas City. We're working to gather more information on it."

KANSAS CITY, Mo. - The Kansas City, Missouri, Fire Department began fighting a fire around 8:30 p.m. Sunday near Corbin Terrace and Summit Street. KCFD spokesperson Jason Spreitzer says three structures were involved. Two of the three are under construction. As a precaution, the fire was called in as a 2-alarm.

KANSAS CITY, Mo. (KCTV) -- Extensive damage was reported after multiple structures caught fire in the area of Summit Street and Corbin Terrace in Kansas City. The Kansas City Fire Department says no injuries were reported in the blaze. The fire erupted shortly after 8:30 p.m. on Sunday night.