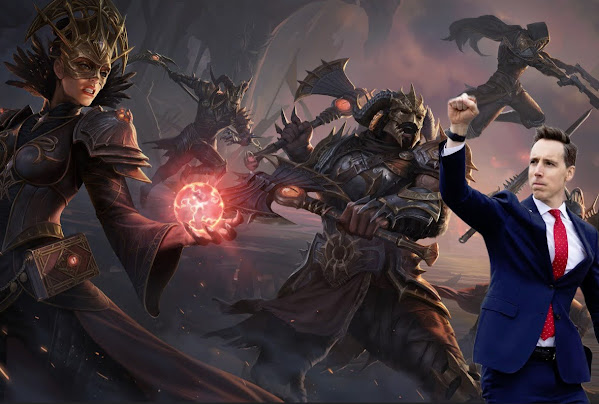 Sorry but we do keep up with gaming news and noticed the Missouri politico name checked . . .

"Loot boxes are grab bags of in-game content purchased via a specific in-game currency that typically requires real-world money. Both Belgium and the Netherlands passed laws outlawing these forms of gambling in 2018, and other European countries considered their own versions of the legislation. There was a push by Sen. Josh Hawley, a Republican from Missouri, to ban loot boxes in the US back in 2019."

Diablo Immortal is the free-to-play mobile entry in the franchise launched early on Android and iOS Wednesday across the globe -- except for the Netherlands and Belgium. The reason behind those countries not having access to the new game are the laws preventing the selling of loot boxes.