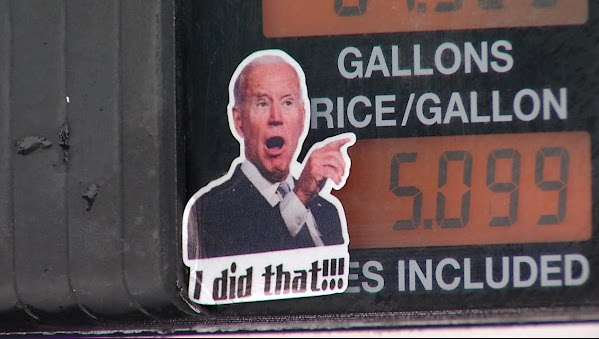 Sorry . . . But this is just silly and it reminds us that American conservatism has lost its way and that's why the GOP has such a hard time coping with their MAGA problem.

When a Missouri REPUBUBLICAN PROMOTES TAXES . . . There's clearly an ideological disconnect with the largely right-wing electorate.

"Missouri state Sen. Dave Schatz, is defending a hike in the state's gas tax as he campaigns for a U.S. Senate seat."


Missouri drivers about to pay more at the pump

KANSAS CITY, Mo. - Missouri's gas tax is about to go up another 2.5 cents a gallon after state lawmakers passed the increase in 2021. "It addressed what I think is the best of both worlds," Missouri State Senate President Pro Tem Dave Schatz said Wednesday, defending the increase.

Missouri drivers can start submitting refunds to receive the money they spent on a state gas tax just as the tax increases July 1. ST. LOUIS - Despite having some of the lowest gas taxes in the nation, Missouri drivers are still feeling the pinch when they fill up their tanks.