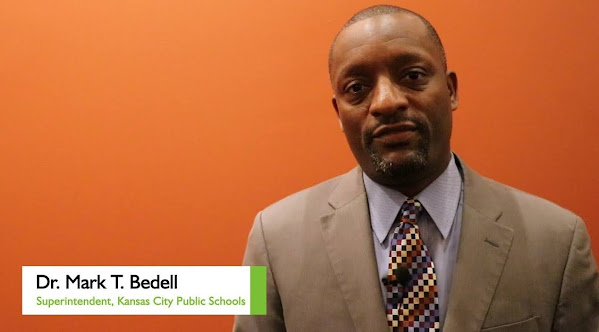 Just to clear our notes of this group-think journalistic garbage . . . We share one last blast of KCMO officials and the chattering class paying heed to an administrator whilst he makes his way to a better paycheck.

HOW DOES LICKING DR. BEDELL'S BOOTS ON HIS WAY OUT HELP THE KCPS?!?!

I'm willing to listen to an answer because it mostly seems like self-congratulatory garbage in service of the status quo that hasn't served students, parents or the community very well over the long-term.

Here's high praise for a school honcho who earned his greatest achievement with help from COVID.

"Bedell says he achieved what he set out to do in 2016: Restore full state accreditation to Kansas City Public Schools.

"Bedell says he became a martyr for children during his time in Kansas City, graduating two of his own kids from Kansas City Public Schools while he was here."

A farewell to the Kansas City Public Schools superintendent

Kansas City Public Schools superintendent Dr. Mark Bedell is exiting after six years. He led the struggling district through some major transitions - including regaining full accreditation - and tells KCUR he leaves the district in a "much better situation."

KANSAS CITY, Mo. - School Superintendent Mark Bedell is moving on, saying he has accomplished what he promised to do in Kansas City. After six years of leading Kansas City Public Schools, Bedell says he will return to Maryland, where he came from, to become superintendent of a more rural school district between Baltimore and Washington D.C.

Dr. Mark Bedell, the Kansas City Public Schools superintendent for the last six years, is leaving to take a similar position in Anne Arundel County, Maryland, where he was once a resident. During his tenure at KCPS, Bedell oversaw the restoration of full accreditation to the district for the first time in eight years.


Mark Bedell's energy spurred change in Kansas City schools. I was his fan at 'hello'

OPINION AND COMMENTARY Editorials and other Opinion content offer perspectives on issues important to our community and are independent from the work of our newsroom reporters. Candidates for high-level jobs usually don't respond to reporters who they think might be digging for dirt. But in unconventional fashion, Mark Bedell returned my call that day six years ago.


Dr. Jennifer Collier committed to leading KCPS with 'success of children' at forefront

KANSAS CITY, Mo. - Kansas City, Missouri, Public Schools Interim Superintendent Dr. Jennifer Collier says she is prepared to lead with the intention of changing the narrative of the district to create a community that takes pride in KCPS. "Everything that I am and everything that I bring, it's needed in this moment.