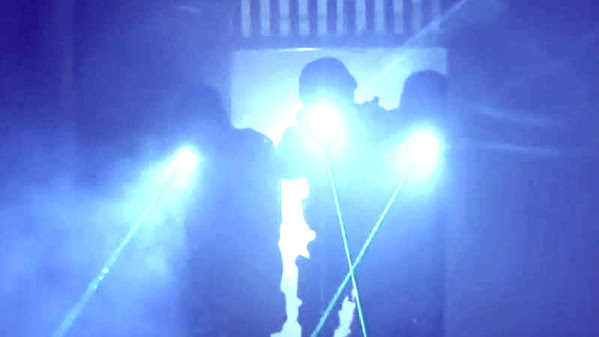 This afternoon there's a great deal of info about a recent crackdown that sought to curb the exploitation of youngsters.

Here's a description of the law enforcement effort along with links to more resources . . .

"Authorities with the Department of Homeland Security said 15 of those individuals came from a sting set up in Independence, Kansas City, Jackson, Platte, and Clay Counties in Missouri, and Bourbon County in Kansas.

"From May 17 to May 19, multiple law enforcement agencies in the Wichita area teamed up for Operation Blue Ghost, which netted 17 arrests for crimes like aggravated human trafficking, promoting the sale of sex, purchasing sex acts, and more.

"Authorities in the Kansas City area banded together from May 31 to June 2 to arrest an additional 15 individuals.

"According to a release from the Midwest division of the DHS, partners in and around Independence, Kansas City, Clay County, and Platte County in Missouri, and in Bourbon County, Kansas targeted adults willing to travel for the purpose of sexually exploiting a child."

A total of 32 people have been arrested as part of a massive child exploitation investigation across Missouri and Kansas.Authorities with the Department of Homeland Security said 15 of those individuals came from a sting set up in Independence, Kansas City, Jackson, Platte, and Clay Counties in Missouri, and Bourbon County in Kansas.

KANSAS CITY, Mo. - Authorities arrested 32 people in both Kansas and Missouri during a child exploitation operation called "Operation Blue Ghost." The operation was led by the Homeland Security Investigations office in Kansas City along with the Kansas City Child Exploitation Taskforce. It started on May 17 and lasted through June 2.

KANSAS (KSNT) - An undercover operation in Kansas and Missouri netted 32 individuals who have been taken into custody for crimes against children. Multiple agencies, including Homeland Security Investigations (HSI) and Kansas City Child Exploitation Taskforce (KCCET), were involved in an undercover operation in and around Wichita from May 17 through June 2.