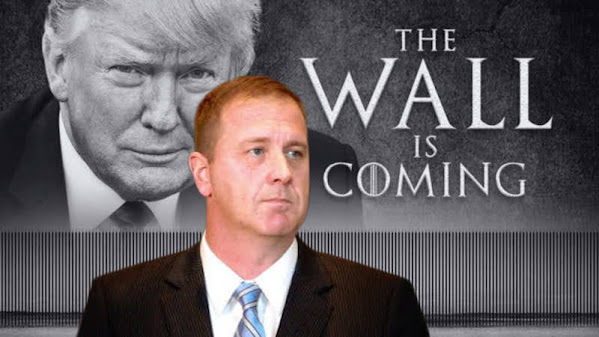 It's not very creative but recycling 2016 MAGA talking points might be the best strategy for a Missouri suit who is quickly trailing his competition.

And so, watch out ladies, here's the not-so-new line from a guy who is being more rhetorically aggressive than Eric Greitens reentering the dating pool . . .

“Every state is a border state because of the crime and the drugs and the human trafficking,” said Missouri Attorney General Eric Schmitt “It doesn’t stop in El Paso. It makes its way to St. Louis, Chesterfield, and Kansas City. And so, I’ve been on the frontlines leading those fights in court and pushing back and keeping Title 42 in place, the ‘Remain in Mexico’ policy. Finishing the border wall is important.”