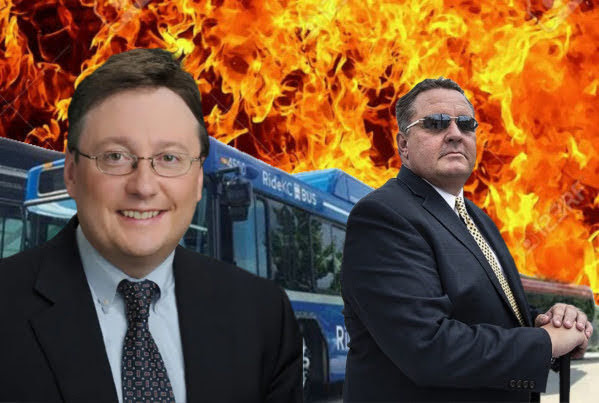 There's a bit of house cleaning underway amid the local government elite today . . .

Before we get started, let's share a truism and our takeaway from this hot mess . . .

THESE VERY SAME HAPLESS LOCAL LEADERS & JOURNALISTS CONSPIRING TO REMOVE MAKINEN FROM THE ATA LAUDED HIM JUST A FEW YEARS AGO!!!

An example of progressive high praise . . .

Robbie never had an original idea about transit in his life . . . He has made a career of being used by more powerful & strong-willed politicos. Today he's being sacrificed because free bus rides are going poorly.

Tragically, Makinen's removal should've taken place back in 2018 after Mike Sanders was earned a trip to the federal pen.

Now that the ATA is suffering widespread claims of mismanagement and can't seem to give away free rides. A former crony of a convicted felon is taking the fall.

We don't really blame Makinen for this hot mess that was created by so many political enablers who have been terrified to change the status quo and can only offer their bad ideas that serve to make matters worse.

"It doesn’t look good for Makinen, who has led the ATA the last several years and, before that, served as chairman of the ATA board — an unpaid position."

Specifically, Former KCPS honcho Mark Bedell raised concerns about the Kansas City Area Transportation Authority’s foray into economic development projects. That agency, which does not fall under control of city leadership, allows developers to shop around for tax incentives and is not subject to recent incentive reform measures, Bedell said.

“Let me be clear: Adding another agency, especially one that operates as covertly as the RideKC Development Corporation has, will halt any progress the City and the School District have made and will likely squash any hope our region has for more equitable development practices,” the superintendent wrote. “Financial decisions are moral decisions.”

Bedell’s letter was sent to elected and appointed city leaders, transit agency leaders and board members and U.S. Rep. Emanuel Cleaver. Officials with KCATA could not immediately be reached for comment.

A few found memories are worth considering . . .

"Jackson County Executive Mike Sanders appointed him to be the county’s representative on the KCATA’s board of commissioners. Makinen had been one of Sanders’ right hands early in his administration, serving on a number of public boards and, thanks to his friendly, jovial nature, acting as the county executive’s liaison to the mayor and top officials of cities in eastern Jackson County."

Postscript on that connection . . .


Makinen out tomorrow as ATA president and CEO?

Today may well be Robbie Makinen's last day as head of the Area Transportation Authority. On June 16, I reported that I'd heard Mayor Quinton Lucas wanted Makinen out and also wanted Tom Gerend, executive director of the Streetcar Authority, to replace him. I think it's likely that at least the first half of that...


Under pressure from Kansas City officials, bus agency CEO is being forced from job

When Kansas City officials announced they would replace 84,000 old-fashioned cobra-head streetlights with energy-efficient LEDs last year, there was one big problem that got no mention. The city didn't have the $20 million-plus to pull off the job when the City Council voted 11-1 in January to move forward.

The leader of the Kansas City Area Transportation Authority probably will lose his job after trying to refuse to provide agency funds to replace streetlights. CEO Robbie Makinen fought a more than $20 million request for funding led by City Manager Brian Platt and Public Works Director Michael Shaw, according to The Kansas City Star .

TKC addendum . . . One of our KICK-ASS TKC READERS found this image from Kenya and we think it might apply and serve the Kansas City discourse as well. 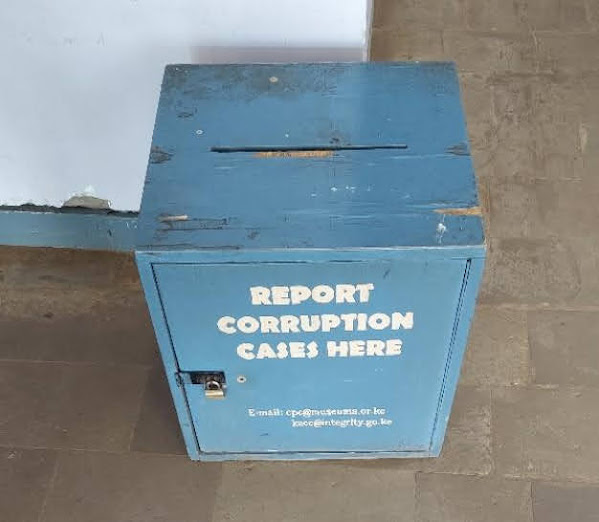