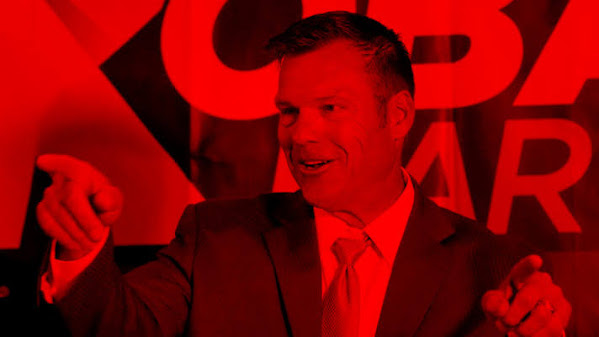 Make no mistake . . . Kansas Republican decision-makers don't have a lot of love for Kris Koach and their talking points are gleefully shared by local progressives.

The Kansas GOP still blames Kobach for losing against Guv Kelly and today they pounded that point home.

Much of the back and forth revolved around each candidate’s electability in the general election; how, if elected, they will manage the state’s response to the expected reversal of Roe v. Wade; and their view of the role of the Kansas attorney general . . .

"We've seen him lead in the polls, Mr. Kobach, and then he loses on election day. And as conservative Republicans, we cannot afford to make that mistake again," Warren said.

GOP candidates for Kansas attorney general took part in a debate Wednesday.Former Kansas Secretary of State Kris Kobach wants the job, but he came under fire during the debate.Kobach's run for attorney general comes after losing a U.S. Senate primary in 2020.and a 2018 race for governor.

Candidates for the Republican nomination for Kansas Attorney General are positioning themselves as two tested politicians versus a newcomer, albeit one with a lengthy track record as an assistant U.S. prosecutor. The candidates completed a fast-paced, hour-long debate on Wednesday, moderated by Nick Haines, host of "Week in Review" on Kansas City PBS.