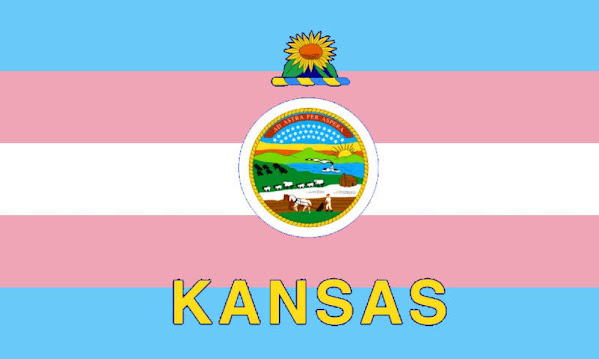 Right-wing bloggers are making a stink about a culture war issue that threatens to muddy the Midterms in culture war politics.

Here's a passage from their perspective . . .

"This attempt by Washington to determine who can use the women’s restroom is why federalism is so important.  We cannot have what should be local decisions subject to the whims of a federal bureaucracy that chooses to reinterpret legislation.

"Kansas governor Laura Kelly is silent on the issue, but it’s pretty safe to say she doesn’t share the views of governors De Santis and Noem.  To wit, she vetoed legislation that would protect girls from having to compete with biological males in sports.

"It will be up to Attorney General Derek Schmidt to protect girls from discrimination in sports and from having to share their restrooms.  He should announce his intent to join Florida and South Dakota and sue the Biden administration if they enact their rule later this year."

Biden: no lunch for poor kids unless schools allow boys in the girls' restrooms - The Sentinel

Just when you think Washington can't stoop any lower, the Biden administration says it will withhold funding for lunch for poor kids and other programs if schools don't follow the feds' new Title IX interpretation for LGBTQ.