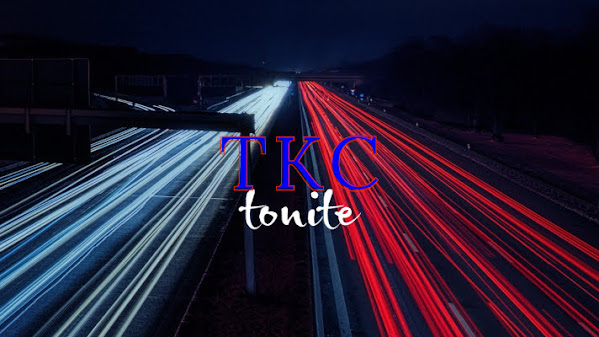 We share this post for close & KICK-ASS TKC NIGHT OWL & EARLY BIRD READERS. There's nothing critical deserve debate here but just local items that are worth know about . . . Along with just a quick glimpse at pop culture, community news and top headlines.

Jonathan Heasley was fantastic in Friday against Baltimore in an 8-1 rout, giving the Royals their second three-game winning streak of the year. The rookie right-hander allowed just one hit over seven shutout innings with no walks and seven strikeouts.

KANSAS CITY, Mo. - Scheduled repairs to the downtown loop this weekend, now include ramp closures from U.S. 71 to Interstate 670. Beginning Friday night at 9 p.m., the left lane of northbound U.S. 71 over 12th street will be closed until about 5 a.m. on Monday, June 13.

Kansas City PrideFest kicks off this weekend and is expecting to double in size this year with thousands of festivalgoers over the three-day festival.The LGBTQ festival will have a main stage with local acts, a laser show, a parade and more activities.One of the Kansas City Pride Community Alliance board members said he hopes this will help guide Kansas City to become more inclusive.

KANSAS CITY, Mo. (KCTV) - A local bride is heartsick after someone stole her wedding photographer's laptop with nearly all photos of the special day on it. Now, she's hoping someone spots the gear - or has it - and calls police to get it the images back to her.

KANSAS CITY, Mo. - In order to see where we've gotten to today in our equality rights, it's inevitable to look back to our history. KSHB 41 News met with Kansas City's first Pride Parade organizer "I'm 78 years-old, I would have never imagined this in my wildest dreams," Lea Hopkins said.

Ashley Graham shares a selfie of herself breastfeeding twins

Ashley Graham shared a photo of herself simultaneously nursing her five-month-old twins boys Roman and Malachi, whom she welcomed in January. As she breastfed her two little boys, the 34-year-old supermodel could be seen sitting down on a grey chair while snapping a makeup-free selfie. 'Tired.

Fact check: Biden falsely claims US has 'fastest-growing economy in the world'

In a Wednesday appearance on the ABC late-night show "Jimmy Kimmel Live!," President Joe Biden made a dramatic claim about the US economy -- and repeated himself for emphasis.

Amid the many extraordinary revelations at the January 6 committee's first primetime hearing Thursday, one stood out for its sheer depravity: that during the assault, when rioters chanted "hang Mike Pence" in the halls of the Capitol, President Donald Trump suggested that the mob really ought to execute his vice president.

Ukraine says Russia has 10 to 15 times more artillery than its military, warning that its survival hinges on the West sending more weapons

A top Ukrainian official said Russia has significantly more artillery than its military does. The official warned Western countries that Ukraine's survival depends on more weapons deliveries. President Zelenskyy on Friday said a "key priority" of his is to "quickly obtain heavy weapons."

China will 'not hesitate to start war' if Taiwan declares independence, Beijing says

Beijing will "not hesitate to start a war" if Taiwan declares independence, China's defence minister warned his US counterpart Friday, the latest salvo between the superpowers over the island. The warning from Wei Fenghe came as he held his first face-to-face meeting with US Defence Secretary Lloyd Austin on the sidelines of the Shangri-La Dialogue security summit in Singapore.

A federal judge in Texas on Friday granted a request by Republican-led states to throw out Biden administration rules that placed limits on whom federal immigration agents should seek to arrest and deport from the U.S., declaring the directive unlawful. U.S.

What the EU's new USB-C rules mean for the iPhone

This week, European Union lawmakers agreed on new proposals to force manufacturers of everything from smartphones and headphones to digital cameras and tablets to use the same universal charging port: USB Type-C. The plan is for the new rules to come into effect by fall 2024, after which these devices that charge using a wired cable will need to do so via a built-in USB-C port.

Business in the front, party in the back. Phoebe Bridgers modeled the fashion equivalent of a mullet (and recreated a classic internet meme) to promote her June 16 show at Forest Hills Stadium in Queens, New York.

Seven breweries you need to hit this summer

Border Brewing Company. // Courtesy Border Brewing Kansas City's craft beer scene has a pint for everyone this summer. Whether you're into sipping suds on a patio, crushing cans to stay cool, or throwing back oat sodas, KC is chock-full of tasty taps. Narrowing the list to seven is a tall task .

Father grateful son is alive after trench collapse in Leawood

LEAWOOD, Kan. - A father is grateful on Friday after dozens of first responders rescued his son when a trench collapsed . It was the longest afternoon for 86-year-old Joe Odom, as he waited on firefighters to rescue his son. "I was praying the whole time," Odom said.

Hide Transcript Show Transcript EMBEDDED SHOWER OR THUNDERSTORM TH'A'S GOING AWAY. SO A LOW TEMPERATURES BY TOMORROW MORNING WITH A MOSTLY CLEAR SKY DOWN INTO THE 60S4 6 DEGREES FOR LEAVENWORTH LIBERTY 62 SHEILAOF CFEE MARSHALL 63 DEGREES BEGINNING. 64 DOWN TOWARD CLINTON ALSO FARTHER TO THE SOUTHWEST.