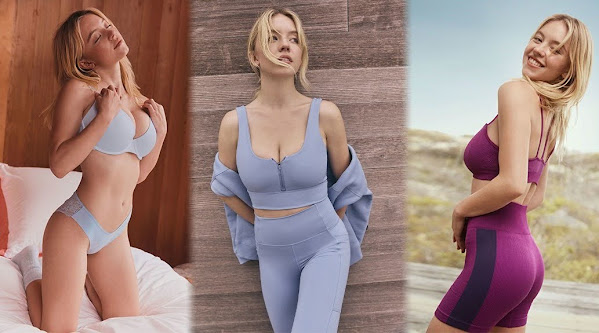 This this quick blast we check the MSM news scene and share hot takes on pop culture, community news and top headlines.

Frustration mounts over graffiti in Midtown

JACKSON COUNTY, Mo. (KCTV) - A local Midtown business is one of many up in arms because of vandalism on buildings in the area. "For people that call this art, it's really a joke," said Cameron Probst, area manager for Gomer's. It's a joke that Probst is not laughing about.

Will the Chiefs' Play-Callers Be Under More Pressure This Season?

If you found yourself running a bit behind schedule, setting the television up to enjoy Kansas City Chiefs football last season, chances are that Patrick Mahomes and his crew had already put some points on the board by the time you sat down and got comfortable.

Why are more than a third of KC's public swimming pools closed?

Officials said that maintenance delays and staff shortages are behind the pool closures across the KC area in 2022. Here’s why pool options are limited and how the city of Olathe kept its pools open. .

For the past 15 years, food writer Jenny Vergara has been at the forefront of documenting Kansas City's cuisine scene. Beginning with the launch of her blog, The Making of a Foodie, to writing for Tastebud magazine and most recently Feast magazine, she's been reporting on every eatery, bar, and bistro, from the most modest...

'The entire world was on its side:' KC firefighter talks about surviving Amtrak train derailment

Two Kansas City, Missouri, firefighters survived the Amtrak train derailment. They were headed to Chicago for a training class when the crash happened. Investigative reporter Matt Flener has the story of one of those firefighters who jumped into action to save lives.Battalion Chief Todd Covington is in charge of firefighters at Kansas City International Airport.

Fans know Sydney Sweeney as the breakout star of HBO's Euphoria and The White Lotus. And now the 24-year-old's growing fame has led to her becoming the new face of affordable Australian fashion brand Cotton On. In a short commercial shared to Sydney's Instagram page this week, the blonde beauty stuns as she models racy activewear.

Biden: US boosting force posture in Europe for Russia threat

MADRID -- President Joe Biden said Wednesday that the U.S. is enhancing its force posture in Europe for the long haul to bolster regional security after Russia's invasion of Ukraine.

Two-thirds back prosecuting Trump over effort to overturn election: survey

Two-thirds of Americans say they think that former President Trump should be prosecuted for his efforts to overturn the 2020 election, according to a new poll. A Politico-Morning Consult poll released on Wednesday asked respondents if they believed Trump's efforts to overturn the last presidential election's results was a crime and that he should face...


Veep Doubted By Everybody

Picture the scene: It's July 4, 2023, and President Kamala Harris is about to address the American people about Vladimir Putin's decision to invade Poland. She's been leader of the free world for six months since Joe Biden, implementing the 25th Amendment, abruptly resigned on the grounds of physical and mental incapacity after the Democrats suffered the worst midterm election mauling in history, losing 120 House seats and eight Senate seats.

Dozens of people were still missing on Wednesday after a Russian missile strike on a shopping mall in central Ukraine two days ago that killed at least 18, while a regional governor said the situation was "very difficult" in Lysychansk in the east.

NATO formally invited Finland and Sweden to join the military alliance Wednesday, NATO said in a statement, an expected but historic move for the neutral nations in response to Russia's invasion of Ukraine. The announcement comes a day after Turkey dropped its objection to Finland and Sweden's bids, paving the way for the Nordic countries to join the alliance a month after formally submitting their respective applications.


What's The Deductible On Human Soul???

How the Supreme Court ruling could affect insurance coverage for abortions

Though a growing number of companies are offering to help workers travel to states where abortion is legal, it remains uncertain whether employers and insurers will have to pull back on providing abortion coverage to residents of states where the procedure is or will soon be banned.

It's been a rough year at Yellowstone, and it's not even July yet. A tourist was gored by a charging bison at the national park in the second attack this year. A 34-year-old Colorado man was walking near the Giant Geyser with his family when the bull bison rushed the group.

Pelosi has done neither. She called the recent Supreme Court ruling removing constitutional protections for abortion an "outrageous and heart-wrenching" decision that fulfils the Republican Party's "dark and extreme goal of ripping away women's right to make their own reproductive health decisions."

In classic Kansas City Royals fashion, the team was already losing when Vinnie Pasquantino, top prospect and burgeoning fan favorite, stepped to the plate for the first time in the first game of his big league career.

Four Inane Questions with Johnny Dare of 98.9 The Rock

Johnny Dare. // Courtesy Wikipedia Call him what you will-offensive, shocking, rude, funny AF-98.9 The Rock's Johnny Dare remains a beloved entity on KC's radio airwaves. The FM host is nearing his third decade behind the mic, and his popular (and polarizing) morning show continues to pull in boffo numbers.

For the third-issue Kickstarter, readers will have the choice of various rewards, including prior issues of "Black Spartans," a variant cover for the third issue, Darkmoon Comics merchandise, and a chance to be drawn as a character in the book.

OLATHE, Kan. - The drive from Princeton, Kansas, to Bentonville, Arkansas, isn't that long, but Bob Ralph will feel like he's worlds away from his corn farm when he pitches his popcorn to one of the world's largest retailers.

Warmer in the metro Wednesday

Chris Brown - WE (Warm Embrace) is the song of the day and this is the OPEN THREAD for right now.