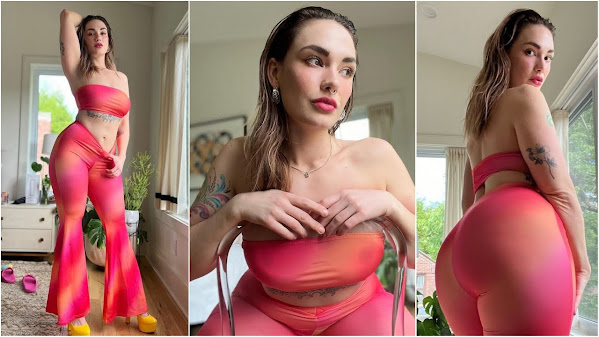 For the midday hottie Siri inspires this peek at pop culture, community news and top headlines.

Brunch for a bridge: Underpass at Independence Ave. makes morning meal out of semitruck

Kansas City officials hope the day will soon come that a solution is found for a famously low underpass at the Independence Avenue Bridge in the form of a warning system. That day is not today. The Kansas City Missouri Police Department has again tweeted out a photo showing a commercial vehicle torn to shreds after missing the bridge's 12-foot clearance.


Getting Ur Rocks Off

KANSAS CITY, Mo. - A Kansas City, Missouri, man says sharp, softball-sized rocks from a city construction project were in the middle of the road and punctured his oil tank, doing hundreds of dollars in damage to his car. Tyler Robertson said it happened Thursday night on View High Drive near Bannister Road.

You may see more yellow jackets than ever this summer. Here's why you should keep your distance

Tiny as they are, these black-and-yellow insects can build giant super-nests and will sting repeatedly if provoked. Now, warmer winters may mean more of them. An insect expert is sounding the alarm about the potentially high numbers of massive perennial yellow jacket nests in Alabama this year, according to *** post by the Alabama ***.

In the 1970s, Kansas City park hosted free Sunday hippie concerts. The shows are back

Music fans who are old enough to remember when Theis Park was called, unofficially, Volker Park can take a step back in time this weekend. A hippie hangout in the 1970s, the park was the venue of memorable free music events known as Sundays in the Park.

New details have been released on the rollout of COVID-19 vaccines for children under five in Kansas City.Doctors at Children's Mercy Hospital talked Tuesday about the safety and the effectiveness of the Pfizer and Moderna shots.The wait is over for parents who want to have their younger children vaccinated for

KANSAS CITY, Mo. - Tickets for the Kansas City Chiefs training camp are available now! Starting Thursday, July 28, and going through Thursday, August 18, the Chiefs will be in St. Joseph, Missouri, at the Missouri Western State Campus for the 12th year as they prepare for the season.

Biden will call for 3-month suspension of gas tax, though officials acknowledge it 'alone won't fix the problem'

President Joe Biden will call on Congress in a speech Wednesday to suspend federal gasoline and diesel taxes until the end of September, senior administration officials said, framing the move as necessary to provide relief to American consumers but itself not enough to resolve the problem of surging energy prices.

Women for Trump co-founder and Jan. 6 rally organizer: Trump is 'disconnected from the base'

A co-founder of Women for Trump and an organizer of the Jan. 6 "Stop the Steal" rally spoke out against former President Trump following Rep. Mo Brooks's (R-Ala.) loss to Katie Britt in the Alabama GOP Senate primary Tuesday. Trump, who initially endorsed Brooks in the race, announced earlier this month that he would transfer his...

Federal Reserve chair Jerome Powell told lawmakers on Wednesday that a U.S. recession is a "possibility" as it plots an aggressive interest rate hike campaign to contain prices that are rising at their fastest clip in over 40 years.

At least 920 dead in earthquake in Afghanistan

LONDON -- At least 920 people have been killed and more than 600 others have been injured in a powerful earthquake in eastern Afghanistan, a local emergency official said. The 6.1-magnitude quake struck near the Pakistan border, Mawlawi Sharafuddin Muslim, deputy minister of disaster management, told reporters on Wednesday.

SAN FRANCISCO, June 22 (Reuters) - Russian government hackers have conducted multiple cyber spy operations on countries allied with Ukraine since Moscow's February invasion of that country, Microsoft said in a report on Wednesday. "The cyber aspects of the current war extend far beyond Ukraine and reflect the unique nature of cyberspace," Microsoft President Brad Smith said in the report.


Sacrilege South Of The Border

Search underway for bodies of priests killed inside church, 4 missing tourists in Mexico

Pope Francis on Wednesday mourned the deaths of two Jesuit priests and a sanctuary seeker whose bodies were spirited away by armed men after they were gunned down inside a church in northern Mexico. The pope, who also belongs to the Jesuit order, expressed sadness and dismay over the killings of men he called his "brothers" in the remote mountains of Chihuahua state.

An Oklahoma fast food worker has been arrested after a customer allegedly discovered a bag of methamphetamine when they received their food order. The incident occurred on Monday, June 20, in Skiatook, Oklahoma -- approximately 20 miles north of Tulsa -- when the Skiatook Police Department was made aware of an incident at an unnamed local fast food restaurant that a customer had surprisingly found a small baggy of drugs inside their food order.

Elliot Page joined Late Night With Seth Meyers Tuesday where he addressed the negative reaction by some after the actor transitioned to become a man. Page has spoken about being verbally accosted in public after coming out as transgender, and finds people's obsession with it unfortunate.


Ladies First At This Dive

A sports bar of their own

Jenny Nguyen found it difficult to watch women's sports at sports bars, which predominantly showcase men's games. So, she founded the Sports Bra in Portland, Ore., the first one in America that exclusively shows women's sports on all its TVs.

Bill Gates' daughter Phoebe is a bikini activist: 'I'm not shy about my body'

Bill Gates' daughter Phoebe Gates is going viral after posting a salacious bikini snap - while protesting the potential overturn of Roe v. Wade. Her swimsuit pic is the opening act for a series of infographics about the "Bans Off Our Bodies" campaign, and is blowing up on Instagram.


Stuck In The Middle With You!!!

Troost gets creative with business collective

Aniaya Reed Editorial Assistant The Troost Market Collective (TMC) is a non-profit organization whose mission is to create equitable economic opportunity for creative entrepreneurs, inspiring future generations through innovative partnerships and programming. Crissy Dastrup, founder and Board Chair of TMC, has actively provided small locally-owned businesses with the opportunities to grow in the Troost area.

KANSAS CITY, Mo. - We now know more about the history of Black fire fighters in Kansas City, Missouri, thanks to a historical marker honoring those men outside Station 11 on 2033 Vine Street. "This is an adventure, and we are rewriting history, because it was segregated," Michael Davis, a retired Black firefighter with KCFD, said.

In the third and final installment of our June celebration, co-hosts Michael Stern and Dan Margolies commemorate Igor Stravinsky's birthday by featuring performances of his Symphony of Psalms and Firebird Suite. We'll also hear June performances by the Kansas City Symphony of John Corigliano's Snapshot: Circa 1909 and Dimitri Shostakovich's powerful and defiant Symphony No.

Cooler temperatures in the metro Wednesday

Hide Transcript Show Transcript MERCY. I THINK IT WILL BE YOU CODY A RAIN CHANCES. THEY'RE GONNA BE HIGHEST THIS MORNING, YOU KNOW 60% CHANCE. THEY'RE AT SIX O'CLOCK THIS MORNING SOME LIGHT RAIN FOR KANSAS CITY, AND THAT SHOULD TAPER OFF TO ABOUT A 20% CHANCE BY NINE O'CLOCK.

Hot Chip - Down is the song of the day and this is the OPEN THREAD for right now.