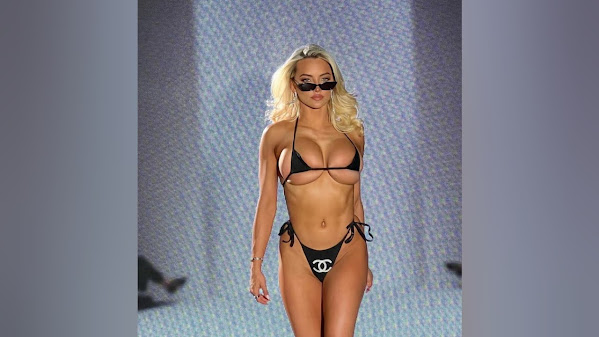 KANSAS CITY, Mo. - A two vehicle crash involving a stolen Chevrolet injured three people, two of which are in critical condition. According to the Kansas City Police Department, a dark green Chevrolet Silverado that was stolen from Independence, Missouri, was speeding east on 31st Street just before 3 a.m.

KANSAS CITY, Mo. - Former Kansas City Chiefs head coach Romeo Crennel announced his retirement from coaching. "Football has been my entire life and it's been a dream come true to coach for 50 years," Crennel said about his retirement. He began his coaching career at Western Kentucky University, where he also played football.

KANSAS CITY, Mo. - As gas prices continue to rise, businesses in the Kansas City area who offer delivery services are feeling the impact. After a Memorial Day weekend filled with flowers, Sheryl White said the Fiddly Fig had their best month ever. While their deliveries and their territory are large, it comes with new challenges.

Residents at the Oak Hill Mobile Home Park at 1501 North Scott Ave. are scrambling to find new homes after receiving notice they need to move within 30 to 60 days. Those residents contacted KMBC 9 Investigates saying they now face tough choices in a tight housing market; try to move mobile homes they have owned for decades or cut bait and start over.

A New Era Starts for Women's Pro Soccer in KC

KC Current is receiving unprecedented backing, with a state-of-the-art stadium in the works.

Model Lindsey Pelas has dropped a surprise video for her birthday, and within it, plenty more surprises. The social media sensation is fresh from turning 31, making her birthday post a revealing affair and also a runway one.

While worries about inflation, high gas prices, and baby formula shortages (just to name a few) continue to swirl, President Joe Biden is taking time on Wednesday to appear on Jimmy Kimmel Live . What, did he run out of TikTok influencers? Modern presidents pandering to pop culture celebrities is not a new phenomenon.

WASHINGTON - If it's Monday ... Mass shootings across the country at least 12 dead over the weekend. ... It's officially the surgeon (Mehmet Oz) vs. the patient (John Fetterman) in Pennsylvania Senate, per NBC's Dasha Burns and Abigail Brooks. ... The next round of 2022 primaries is just a day away.

MOSCOW - Russia's defense minister says that the Russian troops have taken control of large swaths of eastern Ukraine. Sergei Shoigu said Tuesday that the Russian forces have fully "liberated" the residential quarters of Sievierodonetsk and are fighting to take control of an industrial zone on its outskirts and the nearby towns.

How to Compare COVID Deaths for Vaccinated and Unvaccinated People

Looking at COVID data in recent months, it may appear that a significant proportion of the people who have died of COVID were vaccinated against the disease. But it is important to put those numbers in context. The U.S.


Can't Blame Baller For Having Plan

Ex-porn star Lana Rhoades has reminisced over a time that a New York-based basketball star brought a "back up" woman on a date between them - but that isn't the reason she walked out.

There's a lifeguard shortage at Kansas City's pools. Anyone can help - including you

OPINION AND COMMENTARY In March, Olympic gold medalist swimmer Cullen Jones recounted a near-death experience from his own childhood: He almost drowned. "When I was 5 years old, I nearly drowned while visiting a Pennsylvania amusement park," Jones wrote in a guest op-ed that appeared in USA Today.

Arrowheadlines: We could be underestimating the Chiefs' problems

NFL Players Who Won't Live Up to the Hype in 2022 | Bleacher Report Tyreek Hill, Wide Receiver, Miami Dolphins In Kansas City, Hill had it good. He had a dynamic quarterback in Patrick Mahomes, an experienced and creative play-caller in Andy Reid and a strong supporting cast.

Chance of light rain or a rumble of thunder early Tuesday morning with a few thunderstorms possible later in the afternoon, but not a washout day. High 82.Rain and thunderstorms are likely overnight Tuesday through early Wednesday morning. Some storms overnight may produce hail and strong wind gusts.

Yeah Yeah Yeahs - Spitting Off the Edge of the World ft. Perfume Geniusis the song of the day and this is the OPEN THREAD for right now.