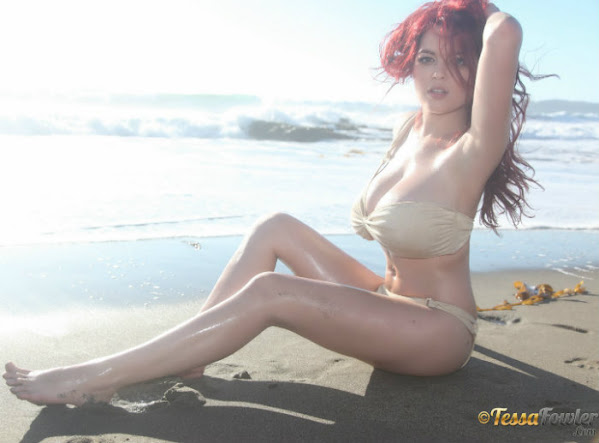 Right now we reference our fave hottie Tessa who is on Only Fans with a lot of other celebs who deserve a peek.

And THAT inspires this glimpse at pop culture, community news and top headlines.

Hide Transcript Show Transcript NEXT BLOOD DRIVE IS JULY 11TH A SOHUT KANSASIT CY WATER PARK WILL REMAIN CLOSED AT LEAST FOR PART OF THE SUMMER THE BAY ON LONGVIEW ROAD SAYS IT'S DEALING WITH A LIFEGUARD SHORTAGE.

Big primary elections are coming up in Kansas and Missouri. Here's what's on the line

Both Kansas and Missouri voters will have the chance to cast a primary ballot this summer on Aug. 2, and then in the general election on Nov. 8. A lot is on the line for the future of our states, and at The Star, we believe that our democracy is stronger when more people have the information they need to participate in and shape it.

KANSAS CITY, Mo. - The City of Liberty announced James Martin as its new Chief of Police on Monday evening. Martin, who is coming to Liberty from Glenpool, Oklahoma, will assume his role on July 27.

KANSAS CITY, Mo. - The Big Slick is returning to Kansas City this summer and the first batch of celebrity guest announcements are here. On Monday, Adam Scott, Andrea Savage, Baron Corbin, David Zayas and Randy Flagler were announced as guests for the celebrity weekend from June 24-25.


Still Ahead Of KC News Game

Nick's Picks | Your Top 10 Stories for the Week Ahead

It's a look at the week before it happens. Here are 10 local and national news stories to pay attention to this week. Will Kansas City play host to the World Cup? We'll finally find out this week.

White House press secy laughs off question about Biden's health: 'Not a question we should be asking'

White House Press Secretary Karine Jean-Pierre laughed off a question about the physical and mental well-being of U.S. President Joe Biden during an interview on Monday. In an interview with CNN's Don Lemon, Jean-Pierre responded with surprise and told the host that a question about Biden's physical and mental capabilities should not even be asked.

Vice President Kamala Harris will convene a roundtable on Tuesday with constitutional law, privacy and technology experts to discuss the legal and everyday implications of the Supreme Court potentially overturning Roe v. Wade.

Former President Trump on Monday issued a 12-page rebuttal to testimony and evidence presented by a House committee investigating the Capitol riot on Jan. 6, 2021, accusing Democrats of seeking to distract from a series of domestic issues facing the country. "Seventeen months after the events of January 6th, Democrats are unable to offer solutions,"...

A statement on behalf of the band said: "The Rolling Stones have been forced to call off tonight's concert in Amsterdam at the Johan Cruijff Arena, following Mick Jagger testing positive after experiencing symptoms of Covid upon arrival at the stadium.

Fighting remains fierce in Severodonetsk, the epicenter of the conflict in eastern Ukraine, and now the city appears to be fully cut off after its last remaining bridge was destroyed. A top military official with the breakaway Donetsk People's Republic said Ukrainian fighters in the city should now "surrender, or die."


Check Luxury On The Outskirts

A Sedgwick County couple turned a mid-century build into a contemporary, artsy home that pays homage to the past in all the right ways.

curiousKC | Answering, 'How did Bethany Falls limestone get its name?'

Avid hiker and outdoor enthusiast Darin Good, 31, spends a good amount of time trekking through Kansas City's outdoors. He considers himself the "Indiana Jones type." "I just love seeing our natural history up close and personal," he said. "It makes me feel connected to it, like I'm a part of it now too."

Impact Days last through Wednesday due to the heat

Impact Days continue through Wednesday due to the heat in the Kansas City area. The next several days have a heat index over 100 degrees. The temperatures are the hottest of the year so far. Sunny, windy, and hot through Wednesday with highs in the mid and upper 90s with heat index levels near and above 100.

Pharrell Williams - Cash In Cash Out is the song of the day and this is the OPEN THREAD for right now.