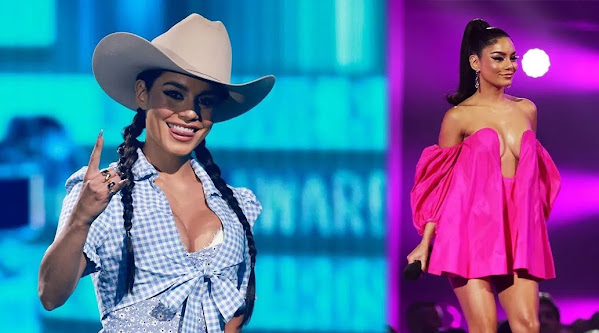 Right now we check in with a powerful rising star hottie, the fading economy and pr0n news along with pop culture, community news and top headlines . . .

KANSAS CITY, Mo. - Kansas City Parks and Recreation announced plans to build a new aquatics facility and spend millions on updating other parks and facilities. The new aquatic facility will be added at Southeast Community Center in Swope Park. It will include a zero-depth entry pool, spray features, and a deep pool for lap swimming.

With lawsuits filed, it's clear courts will also decide who's at fault in Amtrak train derailment

A new lawsuit is being filed in the wake of Monday's train derailment in north-central Missouri, but it is becoming clear that the courts will also be deciding who was at fault.The scene of Monday's deadly derailment remained a busy place Thursday.

TOPEKA, Kan. - Dozens of new laws were recently approved during the 2022 Kansas Legislative session, and several are set to become active by July. Gov. Laura Kelly signed a total of 100 laws this year with 75 set to become effective as of July 1, 2022.


Show-Me No Tax Breaks For Plebs

The record surplus does, however, mean schools get more for transportation, college students get more money in scholarships and many Medicaid providers will see a rate increase in the fiscal year that begins Friday. There's also money for an extraordinary $500 million deposit into the Missouri State Employees Retirement System, or MOSERS, fund, as well as construction projects on every college campus.

Authorities said two recent fires in Blue Springs were both caused by lithium-ion batteries that are commonly found in most homes.No one was hurt in the fires.Rechargeable batteries are found in a variety of products.


Hottie Flexes On The Industry

Vanessa Hudgens May Be the Most Powerful Person in Hollywood

If you've laid eyes on any kind of screen lately, chances are you already know that Vanessa Hudgens is everything, everywhere, all at once.

President Biden hastily ended a press conference on Thursday, turning his back as reporters shouted questions and declaring, "I'm out of here." Biden answered several questions from a pre-determined list of reporters during a press conference in Madrid, Spain, following the NATO Summit before he said, "Al lright guys," and attempted to wrap things up.

Trump's 'girth would prevent him from actually getting to the steering wheel' of his SUV, former Secret Service agent says: 'I don't see this president ever being able to do that. Ever.'

Then-President Donald Trump would have had to squeeze through an "extremely tight" space to be able to grab the steering wheel of an SUV and lunge at a Secret Service agent, as a former White House aide, Cassidy Hutchinson, testified Tuesday.

Mike Pence is having a moment. Can he turn it into a presidential run?

WASHINGTON - Mike Pence isn't exactly unknown in America, but former vice presidents travel with a small entourage and since leaving office Pence has been able to slip in and out of airports mostly without fanfare. Not anymore. After Pence's refusal to cave to the demands of former President Donald Trump became a focal point of Jan.

Congresswoman Liz Cheney, vice-chair of the congressional panel investigating the January 6 attack on the US Capitol, has warned that former president Donald Trump represents "a domestic threat that we have never faced before". Cheney, the daughter of former vice-president Dick Cheney, told fellow Republicans that it was impossible to be loyal to both Trump and the American constitution.

The Biden administration has launched a vaccination campaign against monkeypox, making nearly 300,000 shots available in the coming weeks. There are around 350 known cases of the virus in the U.S., and zero deaths, but there are concerns about its spread. Joseph Osmundson, a molecular microbiologist at New York University and author of "Virology," joins Stephanie Sy to discuss.

The Dow just booked its worst first half since 1962. What history says about the path ahead.

This bear has claws. A bear market that began on the first trading day of 2022 drove down the S&P 500 for its worst first six months to a calendar year in 52 years as investors head into the second half fearing aggressive monetary tightening by the Federal Reserve and other major central banks could tip the economy into recession.

Iran has been accused of making "maximalist demands" in the latest unsuccessful round of talks on reviving the nuclear non-proliferation deal at a grave session of the UN security council in which it was widely acknowledged that the talks - and the whole 2015 deal - were on the brink of collapse.

Everything about the Supreme Court's handling of Biden v. Texas , an important immigration decision it handed down on Thursday, emphasizes how easily the Court can sabotage President Joe Biden's policies - even as it rules narrowly in Biden's favor.

None of the Covid-19 vaccines in the United States contain the cells of aborted fetuses. Cells obtained from elective abortions decades ago were used in testing during the Covid vaccine development process, a practice that is common in vaccine testing - including for the rubella and chickenpox vaccinations.

Each of the entrepreneurs who joined Up To Date are involved with the Mid-America LGBT Chamber of Commerce, an organization that advocates for the success of local LGBTQ businesses. These businesses have also earned the distinction of being certified as LGBTBE s (LGBT Business Enterprises), which provides them special networking opportunities with major corporate partners, among other benefits.

KCMO man wants MoDOT to clean up hillside near Southwest Traffic Way, I-35

KANSAS CITY, Mo. - You may not be able to see the home of people who live off of Southwest Traffic Way and Interstate-35. But at least one neighbor is claiming that's because of tall grass. He's citing fire danger concerns along with other safety hazards that he's attempted to get the Missouri Department of Transportation to fix.

KANSAS CITY, Mo. - As KSHB 41 News wraps up the month of June, we want to leave you with real stories of women who are often pushed to the side during Pride month and throughout the year - transgender women of color.

A look back at Gaylord Perry

Even though he only played for the Royals for a short time, Gaylord Perry had one of those classic baseball lives. There were plenty of funny stories surrounding Perry, some of which will be in this story. Perry, who grew up in Williamston, North Carolina, was a terrific high school athlete.

Things are breezy, hot and humid for the rest of Thursday in KC.Overnight, KC will drop to 71 degrees with increasing clouds and a slight chance for some showers moving into the northern part of the region by morning.