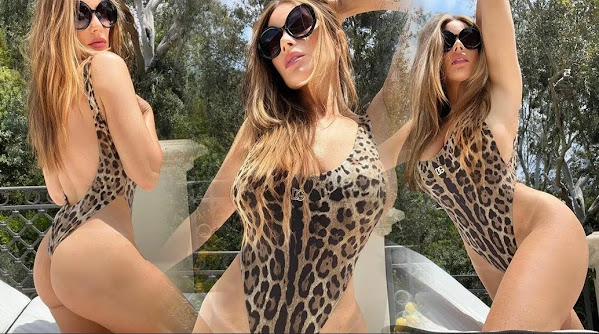 Kansas City's Parade of Hearts comes to a close this week

The Parade of Hearts comes to a close on Friday.

PARKVILLE, Mo. - Perseverance is a way of life for farmers. That's why they're excited about a plan to replace the Parkville Farmers Market, after its 35-year old home was crashed into a second time. The latest crash happened on Monday when a box truck driver smashed into the market pavilion while trying to turn around.

That purple smokey eye? It's a mask of confidence, KC beauty entrepreneur says

At first glance, beauty is a superficial industry, Alley Gage admitted, her reflection showing in a nearby mirror as she spoke about her decade-long career in cosmetics. The truth she's learned about the industry - well, it's a reality she isn't willing to gloss over.


Hipsters Tell Us How To Suck It

Babapop from Baba's Pantry. // Photo by Tyler Shane To experience Middle Eastern hospitality smack dab in the middle of the Midwest, head to Baba's Pantry, a Palestinian-American café and grocer. This family-owned bodega style deli has includes staples like Baba's Ghanoush, falafel, hummus, kebabs, and more.

The OOIDA (Owner-Operator Independent Driver Association), the international trade association representing the interests of independent owner-operators and professional drivers on all issues that affect truckers, sits down with Northeast News Publisher Michael Bushnell to discuss the railroad bridge across Independence Avenue at the east end of the Historic Northeast.

Sofia Vergara poses in a swimsuit for sun-kissed new photos

Sofia Vergara is making the best of summer, and spent a relaxing weekend day soaking up the sun by her pool in a swimsuit. MORE: Sofia Vergara left tearful after stirring AGT premiere audition The actress wore a blue one-piece that showed off her incredible figure and toned legs as she posed for a couple of selfies.

A new Siena College poll has warning signs for President Joe Biden and other Democrats in the Empire State in what could be bruising elections for their party later this year. Just 35% of respondents say President Biden is doing a "good" or "excellent" as president while 37% and 25% respectively say the state and country are heading in the right direction.

The Biden administration will launch a task force Thursday aimed at addressing and preventing online harassment and abuse, a senior administration official told reporters on a Wednesday call.

WASHINGTON - Former President Donald Trump knew violence had taken hold at the Capitol on Jan. 6 when he tweeted that Mike Pence wasn't willing to overturn the election, according to a member of the House committee investigating the insurrection who told NBC News the panel will show the former vice president was in more physical danger than previously known.


To Infinity And Beyond

How many times can I get reinfected with Covid?

The West's unity over Ukraine could be starting to wane, just as Russia's invasion gains ground

LONDON - There are increasing signs that Western unity over the war in Ukraine could be starting to crack as the conflict drags on and leaders face public discontent over rampant inflation and the cost of living crisis.

Sheryl Crow among next round of Big Slick celebrity guests

KANSAS CITY, Mo - Kansas City is getting ready for the Big Slick's return after two years of virtual celebrations as another group of celebrity guests are announced. Earlier this week the first round of celebrity guests were revealed and they included Adam Scott, Andrea Savage, Baron Corbin, David Zayas and Randy Flagler.

The Royals were able to salvage the final game of their series against the Giants with a 3-2 win on Wednesday afternoon. The much-maligned bullpen stepped up to produce five shutout innings, and a big pinch-run double by Andrew Benintendi in the eighth led to the game-winning run on a sacrifice fly by Whit Merrifield.

Very hot and humid today. Mostly sunny. Heat index above 100 degrees. Scattered thunderstorms expected overnight near and north of I-70 in Kansas and Missouri. Some storms could be strong to severe with large hail and damaging wind the main threat, though a brief tornado can not be ruled out.

Sophie B. Hawkins - Damn I Wish I Was Your Lover is the #TBT song of the day and this is the OPEN THREAD for right now.