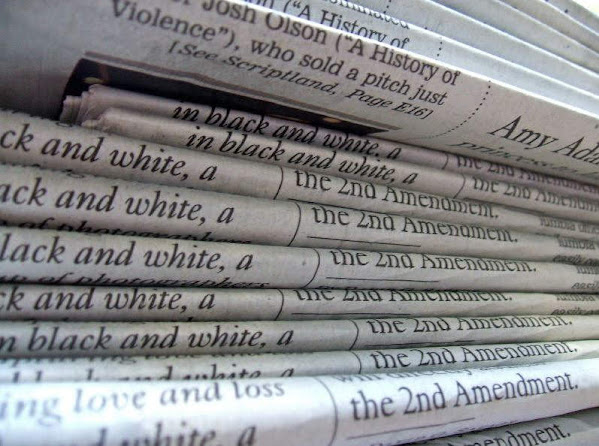 The editorial language of the Kansas City Star is exceptionally pejorative and demeaning against their political opposition.

Of course gun control is a touchy subject that inspires strong feelings . . . But the 4th Esate institution has adopted a strange tag line when confronting strident advocates of the 2nd Amendment: "Gun Fetishists."

It's not a particularly clever term and seeks to portray gun activists as perverse and obsessed.

In the Midwest where so many families have guns in their homes . . . We're not sure if this tactic rings true and might serve to alienate potential allies.

Moreover . . . The newspaper overestimates the chances of this legislation EVEN with newfound bipartisan support.

Those candidates have offered no reasonable proposal that would stem the nation’s horrific, gun-created bloodshed. They are not moved when kids are killed. Dead fourth graders, it seems, are the price of freedom.

There's an argument that red flag laws are UNCONSTITUTIONAL along with doubt that this part of the legislation will make the final cut.

Cheers to Roy Blunt for not caving to gun fetishists. This modest reform is a good step

OPINION AND COMMENTARY Sen. Roy Blunt's support of a national framework to address gun violence is good news, and we applaud him for it. Blunt, a Missouri Republican, is one of 10 GOP Senators backing the measure, which is still a work in progress.