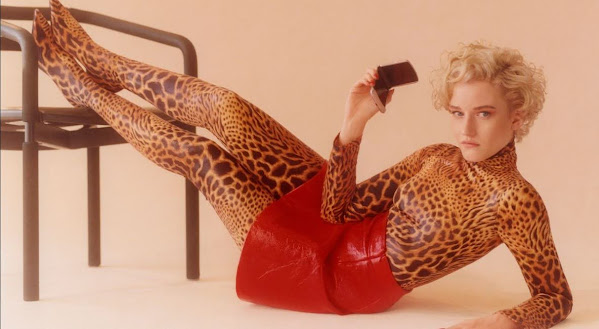 Right now some of the BEST & BRIGHTEST READERS share the love for rising star hottie Julia as we check pop culture community news and top headlines.

This Kansas City artist will paddle - and paint - down 2,000 miles of the Missouri River

Steve Snell calls himself an adventure artist. His summer-long trip on the Missouri River, he says, will be his biggest adventure yet. "There's a certain kind of romantic ideal in my head of 'This is going to be beautiful. It's amazing. It's this dream of a lifetime,'" Snell says.

Royals blown out by Astros 10-3, drop fifth in a row

The Houston Astros jumped out to a 10-0 lead and never looked back in a 10-3 rout of the Royals on Friday night, the fifth loss in a row for Kansas City. Brady Singer had looked like a different pitcher since returning from a demotion to Omaha, allowing just three runs in his last three starts.

Cause of fire at Buzzard Beach Bar in Westport still undetermined

KANSAS CITY, Mo. - The cause is undetermined in the fire that damaged the popular Westport bar Buzzard Beach. Investigators did say a lightning strike or an electrical problem can't be ruled out as possible causes of the blaze, a KCMO Fire Department spokesman said.

The Shawnee, Kansas, City Hall closed for the day Friday after a small fire in the building early Friday morning.City officials said in a statement that City Hall at 11110 Johnson Drive will remain closed June 3 after a small electrical fire.That electrical fire has impacted computer access for city services.

Juneteenth isn't until June 19, but commemorative festivities in Kansas City kick off Saturday with the JuneteenthKC Cultural Parade at the Historic 18th & Vine Jazz District. Jackson County Executive Frank White Jr. will serve as grand marshal for the parade, which begins at noon on Saturday.

18 things to know about the standout Jewish actress in "Ozark"

No, actress Julia Garner is not related to actress Jennifer Garner. But Julia is quickly becoming an iconic actress on her own, thanks to a starring role as Ruth in Ozark and her supporting role in The Americans. The Jewish actress has only been acting for nine years, but has already had a plethora of amazing roles.

It's Joe Biden vs. Elon Musk in war of words over state of US economy

Who are you gonna believe: the world's richest man or the president with plunging poll numbers? Billionaire Elon Musk has such a "super bad feeling" about the U.S, economy under President Biden that he plans to lay off about 10% of the workers at his Tesla electric car company, it emerged Friday.

Washington - In the weeks leading up to the Jan. 6 assault on the Capitol, an attorney with ties to the Trump campaign was circulating a memo with plans to block the certification of the Electoral College votes during the joint session of Congress, court records reveal.

US stocks dropped after the latest batch of data on the labour market showed hiring continued at a robust pace last month, reinforcing expectations for aggressive tightening in monetary policy from the Federal Reserve. The blue-chip S&P 500 index fell 1.7 per cent, with the tech-heavy Nasdaq Composite index off as much as 2.7 per cent.

Why boosted Americans seem to be getting more COVID-19 infections

As COVID-19 cases began to accelerate again this spring, federal data suggests the rate of breakthrough COVID infections in April was worse in boosted Americans compared to unboosted Americans - though rates of deaths and hospitalizations remained the lowest among the boosted. The new data do not mean booster shots are somehow increasing the risk.

Doja Cat, Taco Bell, Mexican pizza, and the making of a marketing unicorn

If you think this confluence between celebrity and brand can't be copied, you're right. But there is a way to learn from it.


Gem On The Boulevard

Whether you're in our cities or small towns, there are plenty of options for great coffee in Kansas. But it's tough to beat a coffee shop that's full of character. You know the kind: the cozy, light-filled spot cluttered with quirky decor where you could cuddle up with a cup and a book and stay all day long.

After more than two years of online-only meetings and cancelled programs, public libraries in the area are finally offering in-person events, including preschool/family storytimes, activities for kids and teens, book group discussions and special presentations. Here's a sampling of what's happening around south KC through June, and information about how to register at the bottom.

Hide Transcript Show Transcript READ KC.ORG 520 RIGHT NOW, I DIDN'T READ LOVE TACOS ONE. WELL DRAGONS OF TACOS WON. SO CAN I READ THE SECOND ONE? I GUESS YOU COULD I DON'T LEAVE YOUR TACOS OUT AT NIGHT. IS THAT WHAT IT IS? LLWE, YOU DON'T WANT DRAGONS. YEAH.

Doja Cat - Vegas is the song of the day and this is the OPEN THREAD for right now.