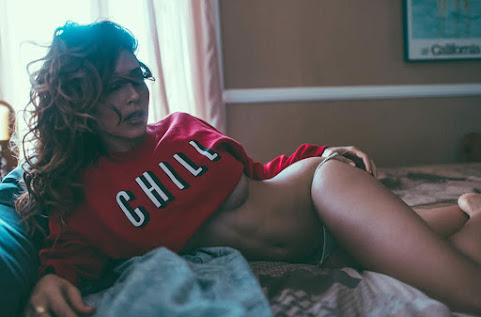 There's a lot to consider this afternoon/evening as our quickie news blast considers pop culture, community news and top headlines.

Ordinarily, in this space, I like to try to find things to tell you about the game that you couldn't just see for yourself in the box score, MLB Gameday app, or other game recaps.


Everybody Wins By Way Of Inclusive Biz Awards

Could Netflix ditch its binge-release model? Stranger things have happened. The all-at-once release strategy for television shows is a bedrock of Netflix's strategy. The first seven episodes of "Stranger Things," which all premiered on May 27, broke records. It was the biggest premiere weekend ever for an English-language TV show on the service with nearly 287 million hours watched.


Wrestling Honcho Smacked Down For Realz

WWE boss Vince McMahon has agreed to step back from his responsibilities as chairman and CEO while the wrestling company's board investigates him for alleged misconduct.

President Biden took a tumble off his bike Saturday morning after he stopped by a group of reporters and members of the public while out for a ride in Delaware with first lady Jill Biden.

Despite Growing Evidence, a Prosecution of Trump Would Face Challenges

As House hearings highlighted testimony that could create more pressure to pursue a criminal case, the former president tried out a defense that strained credulity. As new questions swirled this past week about former President Donald J. Trump 's potential criminal exposure for seeking to overturn the 2020 election, Mr. Trump issued a rambling 12-page statement.

"They didn't do anything but make me want to fight harder, because I'm tired of people misleading the American people," Walker said. "I'm tired of people misleading my family." From there, Walker quickly pivoted to the need for America to become energy independent and decried those trying to "confuse" people "with racism over here" and the "Build Back Better Plan over here."

Bill Cosby was minutes away from hearing his fate in a civil trial that's been ongoing for a couple weeks now -- but he got a reprieve ... apparently because of budget cuts.

Uvalde city officials are using a legal loophole and several other broad exemptions in Texas to prevent the release of police records related to last month's mass shooting that left 19 children and two teachers dead, according to a letter obtained by NPR in response to public information requests filed by member station Texas Public Radio.


South Side Welcomes Mexicans For A Change

A Mexican tradition of music and horse racing in Belton

Many Sundays throughout spring and summer there is a steady stream of cars that turn down a narrow broken road that appears to lead to nowhere, between west Belton and Loch Lloyd. Visitors follow it deep into the trees and find a clearing of land where a long, straight dirt horse racing track called Carril Los Amigos sits perfectly maintained.

On this week's episode of the Northeast Newscast, Publisher Michael Bushnell is at the Kansas City Museum with Lisa Shockley, Curator of Collections, and Denise Morrison, Director of Collections & Curatorial Affairs. The Museum recently obtained ownership of its collection from the City of Kansas City, Missouri.

A large swath of the country stretching from Texas to the Dakotas is expected to face another round of scorching temperatures through Monday, possibly even hotter than last week's heat wave. The Central Plains are expected to see highs in the 90s and low 100s, with a heat index that could reach 100-110 degrees during the hottest parts of the day, according to the National Weather Service.