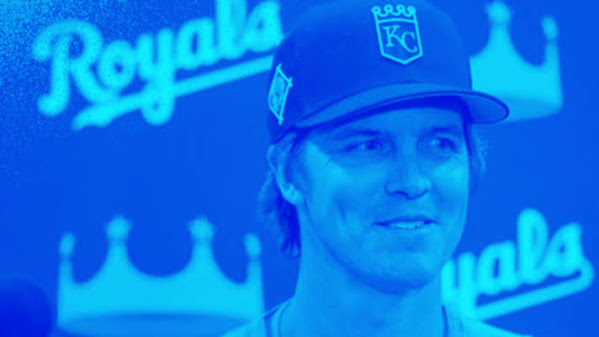 Zach Greinke has publicly struggled with anxiety and worked hard to overcome mental health issues that are far too well documented by MLB reporting.

Kansas City Royals fans pretty much ruined this guy's promising career by pushing him into the spotlight much too fast and expecting him to be the sole salvation of the team.

Now he's back and seemingly has a much more relaxed and realistic viewpoint about local baller life.

Greinke allegedly approached a fan as though he was going to sign a baseball, but instead took the ball, looked at the fan, and fired it as far as he could away. When asked why, Greinke said, “for my amusement.”

Royals fans are looking at 100 loses this season and if we can't find the humor in razzing one another then there's no point in following the game.

We admire Greinke for ALLEGEDLY stepping out of the cliché "poster boy" mold.  Not everybody needs to be an all-American spokesman for high-fructose corn syrup drinks, hamburgers and crappy Japanese cars. Some people just want to play the game and couldn't care less about the fanfare.

We compliment Greinke for ALLEGEDLY giving this fan something more memorable than an autograph at the ballpark.

There has not been much to find enjoyment about when it comes to the Kansas City Royals. That has left Zack Greinke to find his own way to entertain himself at the ballpark. One such moment happened on Sunday.