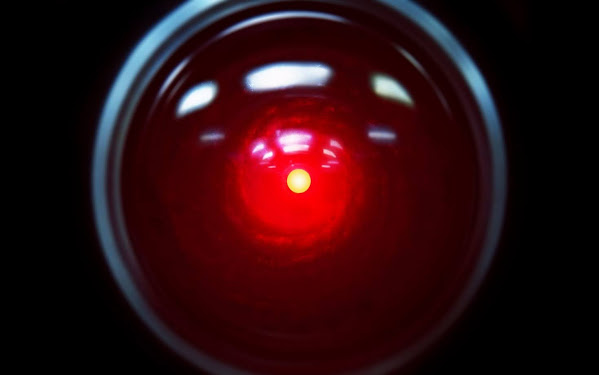 Because this blog is run by a very real basement dwelling meat bag . . . We have to take care of a bit of bloggy shout-outs first and foremost . . .

HAPPY B-DAY TO ONE OF THE VERY BEST & BRIGHTEST TKC READERS!!!

We think he's one of our night owl friends who read this blog amid the early morning . . . Moreover, this CADILLAC AMONGST MEN sent us the inspiration for tonight's post and deserves TKC bonus points & much more . . .

Go out to any store and people would much rather interact with kiosks than humans. . . In fact, most places are now set up that way.

The old school store run by people is now COMPLETELY a notion of the long-gone past.

A passage from a recent report proves that human interaction is now outdated . . .

“Panera To Go is another way we can make our guests’ lives easier through digital convenience, which is always at the heart of what we do,” George Hanson, chief digital officer, said in a statement. “We are already leaders in providing our guest with an exceptional digital experience and adapted our digital channels to provide our guest even more options in the Panera To Go format.”

In the past couple of years, a number of brands have opted to remove the dining room, including Chipotle, Jimmy John's, Sweetgreen, Wingstop, Captain D's, and Tim Hortons. The trend hasn't been lost on casual dining either. Many full-service chains have opted to open to-go locations, like Buffalo Wild Wings and P.F. Chang's.

Panera announced Friday the opening of its first digital-only restaurant, joining a host of quick-service brands leaning heavily into their growing off-premises programs. Officially called Panera To Go, the Chicago-based unit is the first of three takeout/delivery outlets scheduled to debut in 2022. The other two will be based in California and Washington, D.C.

It creeps me out that more than a few McDonald's are using voice A.I., thankfully the really cool guy who works late night at my favorite Mickey D's recognized that the robot overcharged me and thankfully offered restorative justice for which I was grateful.

The new Taco Bell 'Defy' concept is INEVITABLE in Kansas City and basically limits any and all interaction with people . . .

Taco Bell's new "Defy" restaurant concept, which looks like a combo of The Jetsons and a fancy new bank, promises to deliver food to your car faster through vertical lifts that work similarly to tubes used by banks. Driving the news: The first two-story Defy location with four drive-thru lanes opens Tuesday.

Meanwhile . . . The local hipsters are touting "Ghost Kitchens" as a way to save real world chefs and restaurateurs . . . Sadly, the robots are already making the food in other parts of the world and will soon to start here . . .

Remy Robotics, an automated ghost kitchen startup, came out of stealth this week as it opened its third autonomous robotic kitchen. Remy, based in Barcelona, creates custom-built robotic kitchens tailored for the food delivery industry. For the past year, the company has been operating two dark kitchens, one in Barcelona and one in Paris, and is opening its third kitchen in Barcelona this week.

Skeptics and curmudgeons would like to blame this on unions or Prez Biden or some progressive trend they don't like but the fact is  . . .

The second a chimp started to use a stick to get tasty ants out of a tree . . . The move toward outsourcing, globalization, automation & A.I. started.

Taking people out of the equation typically helps people.

As of this writing, we don't have to pretend to be friends with a food app in order to get a cheeseburger.

In the meantime, A.I. powered automation just might inspire us to be nicer to the real life people we have to deal with on a rare excursion outside of the consumer matrix.

And all of THAT inspires our playlist tonight . . .

A glimpse that we're not kidding around, check REAL robots and some programmed dancing that's better than what we've seen at most local nightclubs . . .

Classic Americana offers a reference for the not-so-eternal struggle betwixt man vs. machine . . . Hint: They win.

Finally, we finish with this playlist by way of a techno classic with respect to weird-ass Germans and their very accurate prediction about the blurred lines betwixt human vs. A.I.

As always, thanks for reading TKC this week and have a safe & fun Saturday night.