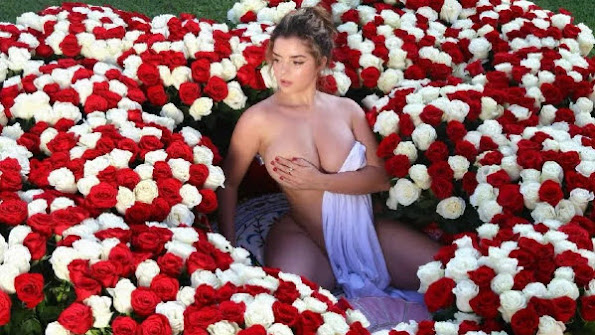 Right now hottie Demi and her freebie OnlyFans play inspires us to take a peek at pop culture, community news and top headlines.

Years before the Stonewall uprising, Drew Shafer started Kansas City's first gay rights organization and published the first LGBTQ magazine in the Midwest. It was that effort, in part, that made Stonewall a turning point in the gay rights movement. Plus, how the lead industry lied to the American public for decades about the dangers of its toxic products.

26 Things To Do in Summer '22 - Presented in Alphabetical Order

By Abby Hoover The Independence Avenue Community Improvement District (CID) is adding one more project to their agenda for the summer in finding a permanent solution to the litter-filled and hazardous alleys behind Avenue businesses. The CID encourages beautification, safety, and economic development by assisting property and business owners with solutions to Independence Avenue challenges.

SHAWNEE, Kan. - The annual Old Shawnee Days festival will begin Thursday and run through Sunday. Now in its 54th year, Old Shawnee Days is a fun way to kick off summer with the community. The weekend events include a wide variety of entertainment for all ages, local bands and artists, crafts and vendors, a carnival, parade and much more.

Software giant Oracle announced it has cleared antitrust reviews of its $28.3 billion purchase of Cerner Corp. The news means Oracle could close within days close on its purchase of the healthcare IT firm, which is the largest private employer in the Kansas City metro area.

She's never been afraid to show off her incredible figure. And Demi Rose put her famous curves on full display as she shared a series of sizzling Instagram snaps on Monday. The model, 27, left little to the imagination as she slipped into a barely-there top and sheer skirt while posing for a shoot in Ibiza.


Prez Gives Up On Economy?!?

President Joe Biden said Wednesday there is little he can do to lower the cost of gasoline or food in the immediate term, an acknowledgment that prices for those goods will remain high as he works to bring down other costs incurred by families.

Trump to 'fight even harder' after Sussmann acquittal, signaling 2024 run

EXCLUSIVE: Former President Trump said the revelations out of the trial of former Clinton campaign lawyer Michael Sussmann and his acquittal make him "want to fight even harder," warning that "if we don't win, our country is ruined." A jury found Sussmann not guilty Tuesday after Special Counsel John Durham charged him with making a false statement to the FBI.

CEO Elon Musk demanded that Tesla employees must return to the office for in-person work at least 40 hours per week or they'll be let go. News of the policy was disclosed in a series of leaked emails Musk sent on Tuesday, according to electric car news site, Electrek.

North Korea: The mystery of its Covid outbreak

It's been three weeks since North Korea announced its first ever Covid case. The government claims to have the outbreak under control, but the details remain a mystery. The BBC has pieced together information, through conversations with people who have managed to contact those living in North Korea, and by using publicly available resources.

Amber Heard lost her defamation case with Johnny Depp because she wasn't believable and not as big of a star, experts say

A jury largely sided with Johnny Depp in his defamation trial with Amber Heard on Wednesday. Experts told Insider that Heard lost because she wasn't believable on the stand, and isn't as big a star. "The jurors loved him, the public loved him, everyone on social media loved him."

It was his mother that introduced Bolender Society Member, Zack Shafran, to ballet and the arts as a child. His mother was an aspiring dancer growing up. A dream she had to give up in her teens due to a back injury.

A leading advocate for the region's tech community announced this week a promotion from within as the KC Tech Council transitions to new leadership after longtime CEO Ryan Weber left the organization this spring.

Hide Transcript Show Transcript SPOTS. YOU'RE CURRENTLY AT 70 DEGREES 74 IN CHILLICOTHE EVENING FORECAST 40% RAIN CHANCE, SO IT'S SCATTER SEDOME GET RAINED SOME SAY MAINLY DRY MIDDLE 60S FOR THE MOST PART COONG ILINTO THE LOWER 60S AND THEN WE DROP THAT IMPACT BY NINE AS MOST OF THE RAIN IS GOING TOOV ME ON OUT OF HERE OVERNIGHT HEADING INTO THURSDAY MORNING.

blackbear, Machine Gun Kelly - gfy is the song of the day and this is the OPEN THREAD for right now.