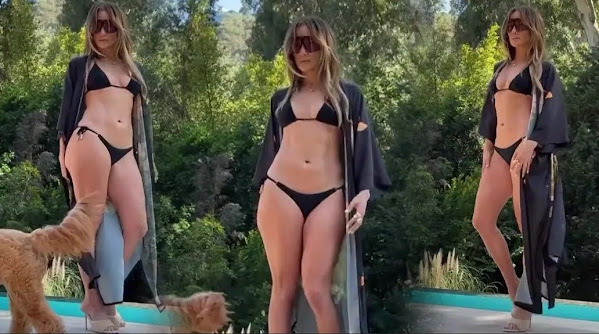 The Kansas City Zoo is still on track to open its new aquarium in 2023.The zoo showed off the project's construction progress with a new drone video on Thursday. The $75 million aquarium is the single largest project in its 112-year history.JE Dunn Construction, along with other trade partners, is heading up the construction of the aquarium.

OVERLAND PARK, Kan. - The next time it rains in Johnson County, Kansas, the county's stormwater engineers may be able to predict potential flooding hazards in advance thanks to a program it's testing that relies on artificial intelligence. "It's super exciting," said Sara Smith, senior stormwater engineer.

Potholes and cracked streets will soon give way to orange traffic cones and road closures in south Kansas City. This week, street milling began on Wornall Rd from Gregory to 63rd St and on Bannister Rd. from Raytown Rd to 350 Hwy. (A weekly schedule of street repair in your area can be found here.)

What better way to embrace the beginning of summer than seeing actress and singer Jennifer Lopez in her new swimsuit? She is certainly one of the most beautiful performers we have right now, and at the ripe young age of 52 years old, she still has the same kind of body as when she started as a Fly Girl dancer on In Living Color.

President Joe Biden will deliver prime-time remarks on Thursday evening "on the recent tragic mass shootings, and the need for Congress to act to pass commonsense laws to combat the epidemic of gun violence that is taking lives every day," according to the White House.

Former President Donald Trump is continuing his revenge tour of endorsements-this time in an Arizona Senate race where a Republican attorney general is looking to unseat Democratic Senator Mark Kelley. Running for Senate, Arizona Attorney General Mark Brnovich has shifted gears on the 2020 presidential election, expressing "serious concerns" over the state's election integrity despite initially refusing to overturn the results of the 2020 presidential election.

A man who blamed his surgeon for ongoing pain after a recent back surgery bought an AR-style rifle hours before opening fire at a Tulsa medical office, killing the surgeon and three other people before fatally shooting himself, police said Thursday.

A Republican congressman used a House hearing on gun control in the aftermath of multiple mass shootings to show off his own collection of guns and brandishing them via remote video link. A Democrat, Sheila Jackson Lee of Texas, interjected and said: "I hope the gun is not loaded."

The sanctions, which include a limited ban on Russian oil imports, were reportedly agreed after officials accepted a Hungarian request to remove the Russian Orthodox Church, Patriarch Kirill, from the list of targets.

Bullets flew near a popular Manhattan tourist spot in broad daylight Thursday, striking a COVID-19 vaccination bus and prompting lockdowns at two nearby schools. The gunfire struck the occupied city vaccination bus that was parked at 18th Street and Ninth Avenue in Chelsea around 2 p.m., cops said.


Be Careful On FB Interviews

Authorities in Mexico have arrested a suspected serial killer accused of luring at least seven young women on Facebook with false job offers. Surveillance camera footage from two states showed the man meeting with the victims in public places, and in one case driving a victim away on a motorbike, officials said.


Artists Earn Cash For Spruce Up

Eight Kansas City area arts organizations received nearly $2 million in grants from the National Endowment for the Arts (NEA). The NEA distributed more than $91 million nationwide during this second round of grants for fiscal year 2022. The Arts Asylum was one of the recipients, receiving $75,000 for their 'Our Town' initiative.

KANSAS CITY, Mo. - A combination of local ice cream and barbecue flavor is back at Betty Rae's Ice Cream. The Joe's BBQ Burnt Ends is now available at both the Waldo and River Market locations and features Joe's famous burnt ends and sauce.

Buck Tui opened in the former Plowboys space at 75th Street and Metcalf in Overland Park in February, and it felt like the restaurant had been around for years.

Unbury those sunglasses Kansas City - you're going to need them. Weather for the next couple days will be "fantastic," with temperatures in the 70s to low 80s and low humidity, the National Weather Service in Kansas City said on Twitter.

Hide Transcript Show Transcript SELF-SUFFICIENT. KATIE: YOU CAN SEE RIGHT NOW THERE IS NO FOG ONHE T PLAZA. OUR DEW POINT IS IN THE LOW 50'S. WHERE WAS HE THE TEMPERATURES GETTING CLOSER TO THE DEW POINT, THAT IS WHERE WE START TO SEE SOME FOG FORMING. IN LIBTY,ER DOWN TO TWO MILES.

Mint Condition - Breakin' My Heart earned a Billboard Hot 100 spot for 1992 is the #TBT song of the day and this is the OPEN THREAD for right now.