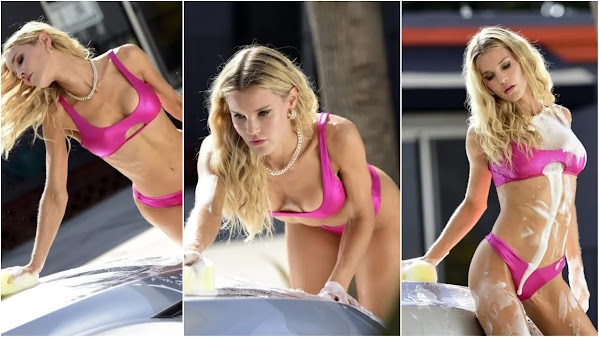 It was a hit-and-miss week for the Kansas City Royals. Quite literally, in fact. The Royals started the week getting shut out in back-to-back games against the Toronto Blue Jays, but then they bounced back with a three-game winning streak by scoring 23 combined runs in those victories.

Man killed in collision with vehicle on Blue Ridge Boulevard

KANSAS CITY, Mo. - One man is dead after being hit by a vehicle while crossing Blue Ridge Boulevard Sunday night. According to the Kansas City Police Department, the victim was crossing the Blue Ridge Boulevard and had cleared the eastbound lanes and was standing in the street to clear the westbound side of the road.

OVERLAND PARK, Kan. - The owners of two Overland Park, Kansas, landmarks will ask planning commissioners for permission to move forward with developments at a meeting Monday afternoon. First is a proposal to build townhouses on a piece of empty land behind the former Incred-A-Bowl family fun center near 151st Street and Antioch Road.

Hide Transcript Show Transcript HEART OF THE MATTER. FOR JOINGNI US TODAY. 'I'M CODY HOLYOKE. WE START OUR BROADCAST WITH A STORY ABOUT A YOUNG GIRLHO W JUST FINISHED THE SCHOOL YEAR WITH A LESSON. SHE WILL LIKELY SPENDER H ENTIRE LIFE RELIVING OVER AND OVER AGAIN. HER NAME'S MIA.

KANSAS CITY, Mo. - One person was injured in a residential fire Sunday night in Independence. Fire crews responded around 8:20 p.m. to the 600 block of North Spring Lake Drive. Upon arrival, firefighters noted smoke showing from the structure and rescued a victim with injuries. The victim was treated on site.

Joy Corrigan put her sensational figure on full display as she donned a hot pink bikini to film a car commercial in Los Angeles on Thursday. The 27-year-old Victoria's Secret model soaked herself in soap while washing a silver Honda in scenes for the sexy ad.


Democrats are waking up to Biden's age issue, strategists say

President Joe Biden's age is starting to weigh on the minds of more Democrats as midterm elections and 2024 draw closer. Democratic heavyweights like David Axelrod, President Barack Obama's chief strategist, are sounding the alarm about what could happen if Biden, 79, chooses to run for president again in 2024.

On Sunday on CNN, Alexandria Ocasio Cortez was asked what seemed like a simple question. But, she refused to give a straight answer.

Former Trump campaign manager Bill Stepien will not testify before the House select committee investigating the Jan. 6 Capitol riot on Monday due to a "family emergency," the panel announced. Driving the news: A source familiar with Stepien's thinking told Axios' Jonathan Swan that he was subpoenaed but did not want to testify and could hardly be considered a "friendly" witness.


Plague Not Yet Complete

Don't be complacent, another Covid wave is coming. Here's how we can manage it | Devi Sridhar

s we move into summer, more than two years since the outbreak of the Covid-19 pandemic, the words "new wave" are probably the last thing anyone wants to hear. Yet it is true that recent UK data (as well as data from Florida and other places) indicates that sublineages of the Omicron variant, BA.4 and BA.5, are kicking off a new wave of cases.

BEIJING - There is an increasing wariness of U.S. claims to recognize Beijing as the sole legal government of China, a retired officer of the People's Liberation Army told CNBC on Monday. His comments came after U.S. President Joe Biden repeatedly indicated the U.S.

KANSAS CITY, Mo. - For 25 years, Rick Fisher stood alongside the Heartland Men's Chorus Kansas City as the group's first and only executive director to date. "When I first started in this role, I knew about pride.


Everybody Loves A Double Team

Ranking the NFL's top 10 duos: Chiefs' Andy Reid, Patrick Mahomes beat out Packers, Rams for No. 1 spot | CBS Sports 1. Andy Reid and Patrick Mahomes, Chiefs In four seasons together, Reid and Mahomes have gone to (and hosted) the AFC title game four times, winning two of them, along with one Super Bowl.

Beginning of hot week ahead in the metro

Hide Transcript Show Transcript YEAH, JUST JUST IT'S JUST SO THE AIR IS SO HEAVY. THERE'S SO MUCH MOISTURE THERE AND AND THAT'S GONNA GIVE US HEAT INDEX VALUES. WELL ABOVE 100 DEGREES THIS AFTERNOON TOMORROW AND ON WEDNESDAY NOW, WE DO HAVE SCATTERED DOWNPOURS.

Marshmello, Khalid - Numb is the song of the day and this is the OPEN THREAD for right now.